Welcome to a new weekly newsletter looking at coverage of Japan in the international media.

This week, the political focus was on tension between China and Japan. There was also coverage of Japanese companies buying foreign firms in the wake of the Nikkei/FT deal. We learned that profits are rising at Sony and we watched a video of people bathing in green tea and wine! 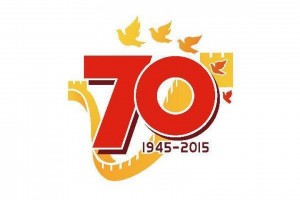 China unveiled its official logo for the forthcoming commemorations of victory over Japan 70 years ago, according to the state-run news agency Xinhua. The symbol is centred around a large red-coloured “70” for the years since 1945. It associates Japan’s defeat with the victory of the China’s Communist Party. An aide to the Japanese prime minister Shinzo Abe told Reuters news agency that Japan should not let foreign countries make diplomatic capital out of its wartime past.
 
Economic rivalry between China and Japan was highlighted in a report by Dealogic data published on the business information website Quartz. It said Japanese companies have been doing more overseas deals than the Chinese in the past decade. This was topical, since Japan’s Nikkei newspaper paid $1.3 billion for the Financial Times last week. According to Dealogic, between 2005 and 2015 year-to-date, companies in Japan and China spent $590.3 billion and $568 billion, respectively, either merging with or acquiring international companies. These Chinese figures include Hong Kong companies.

One new deal this week involved the oil refining company Idemitsu Kosan, which paid $1.4 billion to Royal Dutch Shell for a one-third stake in Showa Shell Sekiyu. Reuters suggests this puts Idemitsu in a strong position to take over its smaller rival.

There was a story about the link between the BBC and Japan in the business newspaper City AM. In 2012, the BBC sold its famous Television Centre in Shepherd’s Bush in West London to a consortium including the Japanese property company Mitsui Fudosan. Homes on the site go on sale next month for £500,000. The consortium paid £200m on a 999-year lease for the site.

Another BBC-Japan link is that the former Sony CEO Sir Howard Stringer is now a non-executive director at the BBC. But his successor, Sony’s Chief Executive Kazuo Hirai was mentioned in helping to bring Sony back into profit. Sony’s April-June operating profit rose 39 percent to 96.9 billion yen ($780.8 million). This was its highest first-quarter profit since 2007 due to strong sales of camera sensors and PlayStation 4 video games.

And the Japanese fondness for onsen hot spas, nice foods and novelty was captured beautifully in a video on Hello Japan which showed us a resort called Hakone Kowakien Yunessun which has taken the public bath to the next level, offering pools filled with wine, green tea, coffee and sake.