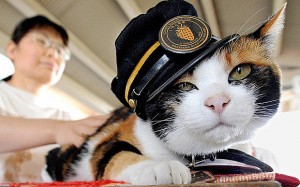 Turmoil on the Chinese stock market caused alarm in Japan at the beginning of the week. Finance minister Taro Aso called for a “cool headed response”. Yet as one might expect, given the complex relationship between the two countries, China’s trouble could bring benefits for Japan.

Huge losses on the Chinese stock market prompted share price falls worldwide, including Tokyo. The Nikkei lost 13% before starting to recover. Yet despite that fall, the Nikkei remains 20 percent above its value last year.

Many investors are taking money out of China and putting it into Japan instead, as the yen is seen as a safe haven. Japan’s Finance Minister Taro Aso said a sharp rise in the yen (to 116 against the US dollar, its strongest since February) was “rough” and undesirable for the Japanese economy. The Japanese government has been trying to keep the yen’s value relatively low.

In his excellent piece for the Financial Times, Leo Lewis asserted that although the weaker yen has benefitted the top end of Japan’s export sector, it is much less helpful for small and medium-sized domestic companies, which employ the majority of Japan’s workforce. Those small companies have benefitted from low interest rates and cheap loans. That situation may well continue, as the Chinese stock market crash will deter central banks around the world – including Japan – from raising rates soon, according to the BBC’s Economics Editor Robert Peston.

So, despite signs that Japan could be heading towards another period of recession, its relative stability in comparison to China means it remains attractive to investors and therefore a vital part of the global economy.

This week was quiet on the political and diplomatic front but Japanese newspapers said Shinzo Abe will remain unchallenged as leader of the governing LDP party, thus continuing his premiership despite low popularity ratings.

One job that has changed is that of stationmaster at Kishi. The previous holder of the post, a cat named Tama, died recently, and has been replaced by a female “beauty cat” named Nitama. As well as looking pretty, Nitama appears right for the part, unflustered, calm and willing to serve in uniform. We wish her well for the future!

Prime Minister Shinzo Abe’s speech about WWII led to much debate in the media about Japan’s history and its current international role. A record number of foreigners went to Japan last month but the economy is struggling. And the pop group AKB48 were praised as peacemakers but continue to annoy some foreign male writers.

The language of Prime Minister Abe’s speech on the 70th anniversary of the end of WWII was much scrutinised, in both Japanese and English. The English version included the key terms “aggression,” “colonial domination,” “deep remorse,” and “apology.” The Diplomat magazine said the statement was widely accepted in Japan because most Japanese people agree that those born after the war should not have to keep apologising. The Financial Times, now owned by Nikkei, praised Japan, noting that its armed forces have not fired a single bullet at an enemy in seventy years. Britain’s Foreign Secretary Philip Hammond said he hopes the statement will be received as a positive contribution to reconciliation between Japan and its Asian neighbours. Yet the Chinese and South Korean press expressed dissatisfaction with Mr Abe’s words. Xinhua of China said the speech was insincere and filled with “linguistic tricks” while Park Geun-hye, South Korea’s president, said it did not live up to her expectations.

The diplomatic tension surrounding the anniversary of the end of the war did not prevent South Korean or Chinese people enjoying Japan this summer. They arrived in record numbers in July, when the total number of foreign visitors reached nearly two million. The tourists are attracted by the weak Japanese yen, which should be good for many Japanese businesses, especially exporters. However, economic problems are emerging. Exports from Japan to China are down and overall the Japanese economy shrank again. It was not a particularly dramatic contraction – down 0.4% in the three months to June or 1.6% on an annualised basis. However, some reports said  Abenomics is not working and others questioned if Japan is set for a stock market crash.

The Japanese pop group AKB48 enjoy an enormous following in Asia are appeared to be advocating peace with their song and video We Don’t Want To Fight (Bokutachi wa Tatakawanai). There was a provocative article by the Japanese-American author Roland Kelts in The Japan Times. He said AKB48’s success suggests the infantilisation of women. Chris Harding of Edinburgh University agreed on the BBC that the band play into the western stereotype of subservient Japanese women. The same BBC piece also challenged the Western myth that Japan is inherently strange. Yet what other country could have produced a robot hotel with a dinosaur on the front desk?

This week, the 70th anniversary of the end of World War II led to reflection in the international press about Japan’s past and its role in the modern world. The words of prime minister were closely scrutinised. Japan’s spending power was emphasised by another multi-billion dollar takeover, this time in the insurance industry.  And Toyota intrigued the world by showing off a skateboard that flies like a hovercraft.

Should Japan’s Prime Minister Shinzo Abe apologise for Japan’s “aggression” in WWII? That’s been the focus of intense debate in the media, with the Financial Times producing an excellent analysis of how the war in Asia continues to shape the relationship between Japan, China and the Koreas.

Critics say Japan has found it difficult to clearly distance itself from its wartime past.  After the war, Japan’s charter banned it from holding the capacity for military aggression. The media has been questioning whether that promise was broken when Japan’s lower house of Parliament recently passed legislation that will allow it to send soldiers on combat missions overseas for the first time since the war.  The New York Times points out that while it was the United States that imposed the pacifist constitution in the first place, America has urged Japan to take on a more muscular military role.

Japan’s economic muscle was displayed with the takeover of the American life insurance company Symetra by Sumitomo for nearly four billion dollars, one of several huge deals by Japanese insurance companies in America this year.  Tokio Marine Holdings and Dai-ichi Life Insurance have also spent billions. It is not just Japanese companies that have been spending lavishly: so has the government, encouraged by Mr Abe’s plan to stimulate economic growth. That comes at a price: the government’s debt hit a record high of ¥1.057 quadrillion at the end of June, up by some ¥3.87 trillion from the end of March, according to the Finance Ministry.

Finally, an amazing skate board that can fly through the air without wheels like a hovercraft was revealed by Lexus.  Millions of people watched the video and shared it with friends. Lexus’ owner Toyota does not plan to manufacture the hoverboard and sell it commercially and the prototype only works on special tracks. Nevertheless, it was a delightful image of innovation by Japan’s biggest company in a week when much of the media were examining the country’s troubled past.

Extensive coverage of the 70th anniversary of the Hiroshima bombing prompted moving reports of the terrible suffering it caused. The media also reflected on how Japan’s wartime history affects its place in the modern world.

The Imperial Household released photographs of the vinyl records which contain the sound recordings of the surrender speech made by Emperor Hirohito in 1945, along with pictures of his bunker at the Imperial Palace.

Former diplomat Amaki Naoto wondered if this was to counterbalance the nationalistic tone of prime minister Shinzo Abe. Mr Abe used his speech at Hiroshima to call for peace and nuclear disarmament but the Chinese government believes he is still attempting to deny Japan’s “aggression” during WWII.

BBC radio broadcast a dramatic eye-witness account of the Hiroshima bomb with a doctor who was in the city at the time. There was also a moving interview with Kyoko Gibson, who said hostility towards Westerners led some of her Japanese friends and family to boycott her wedding to her British husband 46 years ago.

The Hiroshima anniversary came as Japan is debates whether to restart its nuclear power reactors. One in Kyushu could recommence operations next week. The nuclear power industry is still reeling from the disaster at Fukushima, where a reactor was badly damaged by the 2011 earthquake. Three executives from the Tepco power company will be charged with professional negligence. Nevertheless, a rally in Tepco’s share price enables it to rejoin the JPX-Nikkei Index 400, which contains companies of high market value. Panasonic will exit the index because of an accounting scandal and McDonald’s Japan is leaving following a food safety scandal. However most major Japanese exporters, including Toyota, have seen their profits rise, partly because of a weak yen.

Finally, Brittany Fowler in Business Insider puzzles over why Japanese people do not seem to much like online dating sites, despite their enthusiasm for social media. It could be that shyness plays a part and apparently some women would rather show a picture of their rice cooker than their real photograph on their online dating profile. Perhaps it will help win the hearts of hungry men but I wonder how it leads to passion.