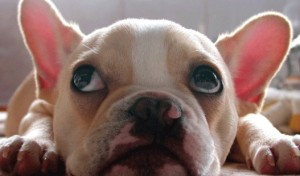 Next time I go to Osaka, I want to meet the people who have created a dating app for dogs.

It is a bit like Tinder, a mobile phone dating app for people, but this version lets you spend time with someone else’s pet.

The concept is not especially new. I remember making a radio programme for the BBC about dog dating in Tokyo some years ago.

At that time, people went to a shop and chose a dog from among the “professional” animals. They paid the shop owner money to take the dog away for a few hours, usually for a walk in the park.

The concept is similar to Tinder and to other so-called “disruptive” types of business like the room rental service AirBNB or the taxi service Uber.

The idea of encouraging small start-up companies to develop innovative ideas, such as mobile phone apps, is relatively unusual in Japan.

The people who made Meet My Dog are based at The Lab in Osaka. The Lab brings together small companies and encourages them to pool their talent and ideas. It is backed by Osaka’s city government.

In fact, encouraging innovation is part of the Abenomics programme of Prime Minister Shinzo Abe.

It is not just Japan which could benefit. A senior economist told me this week that innovation is key to raising Asia’s economic output.

The economist, Shang Jin-Wei, works at the Asia Development Bank, based in Manila. Its main goal is to help the poorest parts of Asia out of poverty. Mr Jin-Wei is Chinese. The bank’s president Takehiko Nakao is Japanese.

Mr Jin-Wei told me that for every one percent that China’s economic growth slows, Japan can expect a slowdown in growth of a quarter of one percent. That does not sound much but it would be enough to drag Japan back down into recession.

He said that one way to counter the Chinese slowdown is for Asian countries to “introduce reforms to raise labour productivity and invigorate growth potential.”

Productivity – the amount of output produced for each hour worked – is quite hard to measure. But by most standards, Japan’s productivity is low compared to other developed countries.

I asked Mr Jin-Wei what would boost productivity. His answers are based on his consideration of Asia as a whole.

As well as innovation, Mr Jin-Wei recommends investment in infrastructure.

He said another way to grow an economy is to encourage people out of low productivity jobs in the countryside and into more productive jobs in cities. He also recommended reform of state owned enterprises and reform of the financial sector.

Finally, he said productivity rises when women are encouraged to work. He didn’t say anything about dogs. 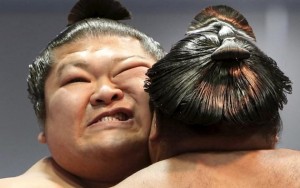 A businessman told me this week: “I knew I’d been successful in business when my Japanese business partner hugged me.”

The embrace came after a long period of negotiation. The businessman, a British gentleman in his sixties, was hugged by his Japanese associate after they reached a deal between their companies.

“It was special,” the businessman told me, “because the Japanese are not usually tactile and they don’t normally show their feelings physically.”

He went on to explain that he has been doing business in Japan for many years and has built up trust with his clients on many visits. When his clients came to England, he took them to a traditional pub and they greatly enjoyed the occasion.

Another person I spoke to to at a conference organised by Asia House was a Chinese banker from Singapore. We talked about the different approach of Chinese and the Japanese business people when it comes to dealing with other Asian countries.

“The Chinese are very clear about things and that is why they succeed,” he said. He explained that if a Chinese organisation was bidding for a contract, it would begin by trying to find out what the client wants. The Chinese will also try to build a friendship with their potential partner, asking him where he goes on holiday and so on. They might even pay for their client’s holiday, he said.

He contrasted this with the Japanese, who he said tended to overwhelm their potential customer with information about their company and their product – especially technical information which was not particularly useful.

His view is that this helps the Chinese to succeed when they are in competition with Japan.

One recent example is when Japan lost out to China on a $5bn deal to export high-speed rail to Indonesia last year.

Officially, the Chinese won because they had a better plan and a better price. I don’t know how the Chinese treated the Indonesian decision makers. Did they pay for them to go on holiday?

Whatever the reason, Japan would do well to learn from the experience because Indonesia has a lot of money to spend.

It wants other countries to help it develop its infrastructure – especially maritime facilities, ports, airports and roads. It is potentially a very lucrative market for Japan but the competition with China is intense.

And when choosing between China and Japan the Indonesians won’t just be swayed by technical expertise and cost – the human factor also will also play a crucial role. 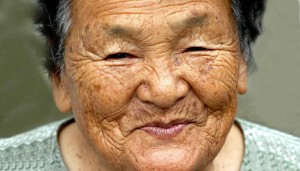 Foreign journalists have a habit of using a lot of judgemental language in their articles about Japan.

“The country is quite simply dying,” is a very judgemental phrase. It was used in a prominent article which appeared on a US political website called The Week. Another piece said “it is hard to appreciate the scale of the crisis” caused by Japan’s ageing population.

The articles were written by opinionated journalists who also proposed solutions to Japan’s problems. These are, namely, to bring in lots of immigrants, to pay people to have babies and to stop sexist discrimination against women at work.

Japan’s ageing population is a topic of daily debate in the Japanese media. Thousands of different versions of the story have been written. Yet these two foreign journalists approach the topic with nothing new in the way of research.

Pascal-Emmanuel Gobry who writes for The Week is a Fellow at the Ethics and Public Policy Centre in Washington, an organisation which says it “applies the Judeo-Christian moral tradition to critical issues of public policy.”

As he examines the sensitive issue of the ageing population in Japan, Gobry informs his readers that the country is selling more adult diapers than infant diapers.

According to current projections, he says, by 2060 Japan’s population will have shrunk by a third and people over 65 years old will account for 40 percent of the population.

His suggestions on how to stem the declining birthrate are that Japan must incentivise women to have children and also that it must adopt a more open immigration policy.

One phrase that journalists often use in connection with this issue of population decline is “time bomb” – a term which suggests future disaster.

The time bomb idea is used prominently in a piece by journalist Zack Beauchamp writing in Vox.

He notes that Japan has a very long life expectancy but adds that it also has a low birth rate. “And for that, we can place a lot of the blame on one of history’s greatest villains: sexism.”

The Vox article says that Japan forces women to choose between work and children and it cites research by Yale University’s Frances McCall Rosenbluth, an expert on gender and the Japanese economy.

Neither author has spoken to any Japanese people about the issues, let alone to older people. Gobry’s piece presents Japan’s dignified and powerful older generation as a dying breed of people wearing diapers like babies.

For credibility, writers must show they are engaged in a dialogue with Japanese people about the issues which shape their society. The best articles hold back judgement and show the world a Japan which Japanese people themselves recognise as real.