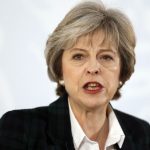 The chairman of Toyota has reacted cautiously to a speech by the British prime minister Theresa May in which she tried to reassure companies about the implications of the Brexit.

The speech included an offer of support for international auto makers, such as Nissan and Toyota, which use their British factories to export to Europe.

The prime minister said she would seek special terms for automotive companies during negotiations on Britain’s withdrawal from Europe’s Customs Union, which ensures that goods move freely between its member countries. For car makers like Toyota, whose components cross borders many times during the manufacturing process, the customs union is an attractive aspect of EU trade.

When questioned about Mrs May’s speech at the World Economic Forum in Davos, Toyota’s Chairman Takeshi Uchiyamada told the Financial Times that the Brexit is likely to impact his company’s UK operations.

He suggested that the Toyota factories in Burnaston and Deeside – which employ 3,000 workers – would need to raise their level of competitiveness.

“As a UK company, if the situation changes, it is important for that company to make efforts so that they can maintain their competitiveness and continue their business,” Mr Uchiyamada told the FT.

Around 75 percent of the Toyota cars made in Britain are exported to Europe.

Even though Mrs May promised to seek special terms for car-makers, she said membership of the customs union was incompatible with Britain’s goal of global trade.

She also committed to take Britain out of the single European market, which has previously benefitted Japanese companies which use the UK as the base for their European operations.

Nearly all Japanese business leaders surveyed by the Japanese Chamber of Commerce and Industry (JCCI) last year said that they were against Britain’s exit from the European Union. Japan’s Prime Minister Shinzo Abe also indicated he was in favour of Britain remaining in the EU.

After the initial shock of the referendum, the British economy has grown faster than most economists expected and Japanese investment into Britain has risen.

Nissan, which has a large factory in the North of England, was among the Japanese companies which agreed to raise investment in the UK following the Brexit vote. Its decision followed talks between managers and senior British ministers.

Mrs May strongly advocates increased trade between Britain and nations outside the EU.

She said the Brexit presents an opportunity “to build a truly global Britain.”

Her speech included a commitment for Britain “to get out into the wider world and to do business around the globe.”

She said continued membership of the EU’s single market would restrict Britain from taking independent decisions about immigration. 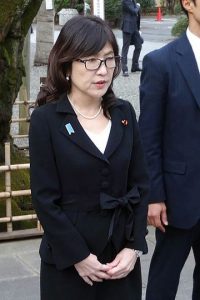 Japan’s defence minister has been criticised by China and South Korea for visiting the Yasakuni Shrine in Tokyo, where the Japanese honour their war dead.

Japan’s neighbours claim the shrine celebrates people who committed war crimes. Visits to the shrine by Japanese politicians often lead to complaints in the Chinese and Korean media, but the current defence minister Tonomi Inada is noted for her nationalism and noted as something of a hard-liner.

She even once suggested that Japan should develop its own nuclear weapons – although she has since sought to distance herself from that position.

Following her visit to the shrine she told reporters: “I offered prayers with the wish to firmly build peace for Japan and the world from a future-oriented perspective. I expressed my gratitude, respect and mourned for those who gave their lives for their country. I think people in any country can understand that.”

Many foreign writers and journalists have analysed the Yasakuni Shrine issue over the years so it has probably had more press attention than almost any other political issue. It was refreshing to hear some excellent analysis of the significance of the Yasakuni in a radio programme called “Axis of Power” on BBC Radio Four by the reporter Gideon Rachman.

He is one of Britain’s most respected newspaper commentators and regularly writes for the Financial Times.

During the programme, Gideon read out one of the signs below a Zero fighter plane which is displayed in the shrine. It was used in the Second World War to attack China. The sign claimed that the battle had been a “victory” for Japan and Gideon described the tone as “frankly celebratory.”

Gideon then interviewed the Chinese political analyst Eric Li, who is often used by the foreign press to explain the thinking of the Chinese government. Mr Li said that China’s anger towards Japan is justified because of the Japanese invasion of China which took place around 75 years ago. When Gideon put it to him that the long passage of time since then should have reduced the angry feeling, Mr Li said that to say the anger should cease is like saying the Jews should no longer feel angry toward the Nazis for the Holocaust. But he also asserted that no one in their right mind believes that the anger will lead to a war in which China invades Japan.

The other excellent commentator that Gideon spoke with was Carole Gluck, a professor in history at Columbia University who specialises in Japan.

She explained that after the Tiananmen Square protests in Beijing in 1989, the Chinese stepped up patriotic education for their youth and began to demonise the Japanese. “They revved up young Chinese people with an anti- Japanese patriotic sentiment. There’s an awful lot of very intense emotional polemic, mostly on the internet and mostly in the native Chinese languages. The Japanese youth have responded in kind, so there is a hostility among young people towards the other countries which is not fact based nor experienced based,” said Professor Gluck.

The Chinese propaganda and the nationalist rhetoric of Japan are both reasons why diplomatic relations between China and Japan remain tense. However, on an individual level, the Japanese and Chinese nearly always enjoy good cordial relations, especially when it comes to business.

Furthermore, 2016 saw a record number of Chinese tourists visit Japan, drawn especially for the shopping experiences in Tokyo and Osaka.

Japan extends the same warm hospitality to the  Chinese as it does to all foreign visitors. This open approach does much to  the help to offset the unhappy memories of the past.