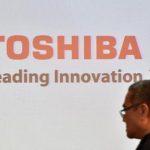 Toshiba must reveal the full scale of its financial problems within one month or face being de-listed from the Tokyo Stock Exchange.

The company has twice failed to submit audited accounts which show how much money it has lost on its investment in nuclear power in the United States.

Toshiba has said the problems will cost at least six billion dollars but the full cost could be higher. Toshiba has debts relating to the Westinghouse nuclear power business America. Its auditors say it is difficult to assess the full scale of the problems.

There is now a debate about whether the Japanese government should rescue Toshiba, which employs nearly two hundred thousand people worldwide.

The Financial Times correspondent in Tokyo, Leo Lewis, says that a rescue deal would not fit well with Prime Minister Shinzo Abe’s business policy. He is pressing Japanese corporations to be more accountable to shareholders.

The government is reluctant to bail out companies which lose money through strategic mistakes. Shareholder activist groups complain this often happens in Japan and therefore corporate misdeeds go unpunished.

However, the powerful business group the Keidanren has suggested a rescue is required. The Keidanren’s chairman Sadayuki Sakakibara said “we must find a solution” to Toshiba’s problems because it is such an important company.

Toshiba wants to sell parts of its business to cover its losses. However, there are not many potential buyers for the Westinghouse nuclear power operation in America. There are contradictory reports in the media about whether the Koreans are bidding of if they have ruled themselves out.

Toshiba’s best asset is its memory chip business, known as Nand. The FT suggests that it is worth $20 billion.

The Japanese usually avoid selling companies to foreigners. Therefore, a rescue by other Japanese companies is likely, provided Toshiba can produce a credible, audited set of accounts and avoid the disgrace of having its shares taken off the Tokyo Stock Exchange, where they have been traded since 1949. 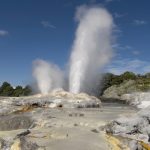 This week, I gained valuable insights into the way Japanese companies work around the world to help countries to build power stations, ports and airports.

The deals are often complex but they illustrate the smooth way in which Japan’s big institutions work together with its government to help people, especially in developing countries.

Take, for example, a geothermal power project in Indonesia which will bring electricity to 120,000 homes.

The energy will be emissions free, which means almost no pollution. Japan already produces geothermal power near its volcanos and hot springs. Some parts of Indonesia have similar geological conditions to Japan and are suited to this kind of technology.

The work on the new project will be undertaken by Sumitomo, one of the giant Japanese trading companies. Sumitomo will work in partnership with a French company, Engie, which has a subsidiary in Indonesia.

Now let us consider the funding.

The Indonesians will need to pay for the plant. They are being offered loans to $440m by Japan. Around half of that money will come from the Japan Bank for International Co-operation (JBIC), a state-owned operation which specialises in this type of loan. The rest of the money comes from a group of Japanese commercial banks including the Bank of Tokyo Mitsubishi UFJ, Mizuho and Sumitomo Mitsubishi Banking Corporation. The loan is part of a syndicate handled by the Asian Development Bank.

These are in effect high-risk loans but there is insurance to mitigate the risk. It is provided by another Japanese government agency, known as Nippon Export and Investment Insurance (Nexi).

This complex deal is a part of a huge network of trade and export finance operations which enable countries to help each other with projects which improve people’s lives. Japan and China are the biggest players. In fact, Chinese banks did $24 billion worth of trade deals in 2015. Japanese banks came a close second with $21 billion.

This thriving trade activity reveals a side to corporate Japan which is extremely international and quite dynamic. I look forward to learning more about it when I moderate the panel of Japanese experts at the TFX Conference in Nairobi, Kenya at the end of this month. 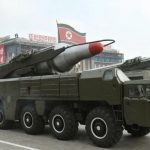 Japan is to spend a record sum on defence in the face of missile launches by North Korea and a rise in China’s military power.

Prime Minister Shinzo Abe told parliament that defence spending will not fall below one percent of GDP, despite Japan’s continuing economic problems.

The greatest nightmare for Japan is an attack by North Korea. This week, Mr Abe said the threat had entered a new phase after four ballistic missiles were fired into the Sea of Japan.

One of the four missiles landed about 200 km north of the Noto Peninsula in Ishikawa Prefecture, the closest ever such touchdown to Japan’s mainland.

There has been a debate in the Diet, or parliament, about the best way to counter the threat. A former defence minister, Itsunori Onodera, suggested that Japan should develop the capacity to strike directly at North Korea’s missile launch sites.

As the website Japan Today points out, Japan has so far avoided taking the controversial and costly step of acquiring bombers or weapons such as cruise missiles with enough range to strike at other countries, relying instead on its US ally.

Mr Abe and President Donald Trump spoke on the telephone following the North Korean missile launch this week. Meanwhile, Japan’s Chief Cabinet Secretary Yoshihide Suga has welcomed Mr Trump’s plans to increase spending on the US armed forces, claiming this would strengthen the US-Japan alliance and contribute to global stability.

President Trump has asked Congress to raise the US defence budget by about 10%, paid for partly by cuts to the civil service and to foreign aid. Following Mr Trump’s announcement, China said it will increase its military spending by about 7% this year.

Yet the rate of growth in China’s economy is slowing down. Premier Li Keqiang told the National People’s Congress this week that China has lowered its annual economic growth target to around 6.5%.

China is also attempting to calm the tension on the Korean peninsula. It has called on North Korea to stop its missile launches and for South Korea and the United States to stop military drills. Chinese Foreign Minister Wang Yi said the rising tension is like two “accelerating trains coming toward each other.”