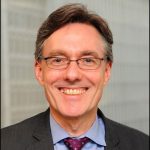 The head of strategy at the Beijing-based Asian Infrastructure Investment Bank (AIIB) hopes America and Japan will join China in supporting its projects throughout Asia.

Dr Joachim von Amsberg, who is the AIIB’s Vice President, as well as its head of Policy and Strategy, claimed that the backing of the US and Japan would “strengthen the institution.”

Those two countries were sharply critical of the AIIB before it launched in early 2016, when they claimed China would use the bank as a tool to extend its global influence. China provides around a quarter of the bank’s capital.

However, Dr von Amsberg told an audience at Asia House in London that the AIIB operates “freely and in a non-political way” with China as its largest shareholder.

He said that all major policy decisions require the support of its member countries and it is therefore in China’s strategic interest to act as “a trusted leader of a multilateral operation.”

“China is exercising its influence very responsibly,” he added, noting that there are now 76 countries represented on the AIIB’s board, including Britain, Canada and the Netherlands.

Dr von Amsberg said that Asia’s need for infrastructure investment is enormous, running into many trillions of dollars, but it is often difficult to match investment capital with appropriate projects. “Supply and demand very rarely meet in emerging economies,” he said.

“Just because someone needs water, doesn’t mean that someone will invest in water.”

Dr von Amsberg said that the AIIB is more focused than other institutions on identifying projects which are likely to offer a good return on investment. Referring to the IMF and the World Bank, he said: “The old institutions could not grow and adjust to a changing world.”

He also claimed that the global climate of low interest rates has created a thriving opportunity for institutions such as pension funds and sovereign wealth funds to invest in infrastructure projects.

Pressed by Asia House’s chief executive Michael Lawrence on whether the AIIB supports China’s “belt and road” policy of expanding economic and diplomatic influence, Dr van Amsberg said that there was only a limited overlap.

He said that the AIIB’s projects in countries such as Indonesia are primarily aimed at making a return for its investors and benefitting local communities, rather than expanding Chinese power there.