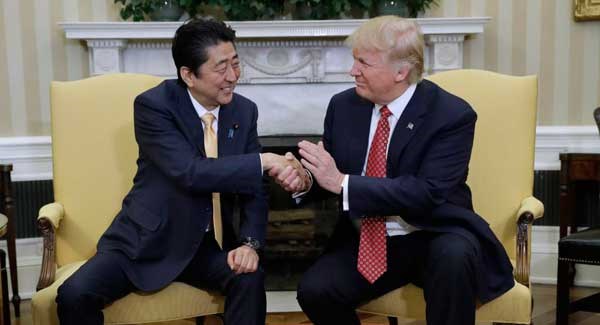 Everyone I meet these days asks me the same question: “Is Shinzo Abe going to resign as Prime Minister of Japan?”

My answer is “I hope not.” However, I wouldn’t be surprised if he does. I base my reply on conversations I am having with experienced journalists and by looking through the huge number of stories in the Japanese newspapers and on websites about Mr Mr Abe’s declining popularity. It now looks difficult for him to win a third, three-year term as the leader of the ruling Liberal Democratic Party (LDP).

The LDP is due to hold a vote to elect a party leader in September. Mr Abe may have to announce he is not standing before then. Effectively, that means he could resign at any moment.

The problem with surveys of public opinion is that they tend to reinforce whatever the dominant view is in the media. The press have a negative assessment of Mr Abe’s domestic performance – and this, unsurprisingly, is shared by their readers. However, opinion polls are a poor way to judge a leader’s diplomatic skills or his international standing.

I am not qualified to know whether there is any real substance to the allegations of suspected cronyism which are being reported in the press. But I was struck by an article published this week on LinkedIn by Edo Naito, who wrote that the scandal in Japan is not about politics but actually reflects a crisis in its bureaucracy. He says that if any commercial bank in Japan made the kind of mistakes we are now seeing across all sections of the government, they would have been run out of business.

“If any commercial bank in Japan made the kind of mistakes we are now seeing across all sections of the government, they would have been run out of business” – Edo Naito

Mr Naito also observes that while the media and the opposition obsess over the Prime Minister’s “accountability” they overlook serious failings within national and local government. He argues that political resignations cannot solve such systemic problems.

In my latest article for the Japanese newspaper Sankei, I make the argument that if Mr Abe goes, it will damage Japan’s international reputation.

He has been a skilled diplomat, particularly this year, gaining unexpected concessions from President Trump and winning trust with China. Following his trip to Florida, it would be a great shame if he was unable to take up the tentative offer of an official visit to Beijing – a diplomatic milestone.

At a talk about China I attended this week, I was told that President Xi has made this rule: “You should not externalise internal party conflicts”. In the rigidly controlled Chinese Communist Party there is little scope for that. In a lively democracy, with a free press, like Japan, there is always space for rivalry, gossip and criticism.

Unfortunately, the domestic Japanese media’s relentless interest in activities in local government in Ehime and Osaka tends to add to the overall impression that Japan is inward-looking, rather than a player on the world stage.

I believe that if Mr Abe’s term in office is cut short because of domestic political scandal, Japan will lose a leader who has won much respect internationally. Its status both in China and America is at risk of being diminished. 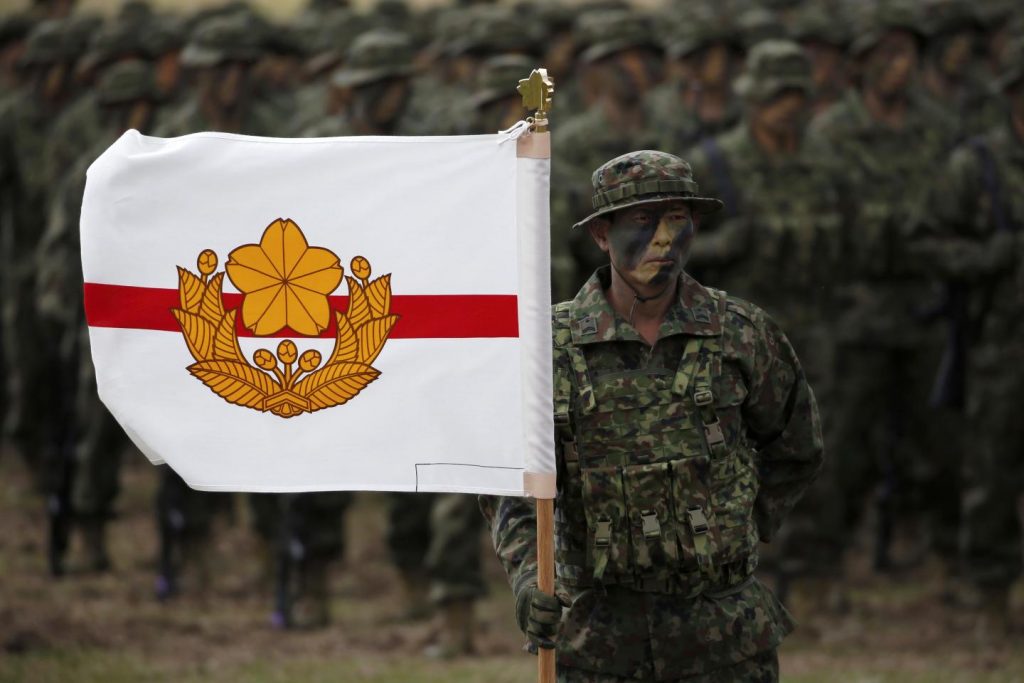 Around a million Chinese tourists visit Japan annually and most are unaware that the Japanese Self Defence Force is practicing for a war with their country.

Chinese people receive a warm welcome and enjoy their holidays. They spend generously and their tourism helps build good international relationships and a thriving trade for Japan’s hotels, restaurants and souvenir shops.

However, on the southern Japanese island of Kyushu, Japan is training its forces to respond to China’s growing military power. Around 1,500 members of the newly formed Amphibious Rapid Deployment Brigade – Japan’s version of the American marines – recently took part in an exercise in which they pretended to recapture land from invaders; that meant practicing for a war with China.

The drill was to prepare for a situation in which one of Japan’s uninhabited islands in the Senkaku chain is captured by China in a territorial dispute. China calls the islands in the South China Sea the Diaoyu islands – and claims them as its own.

Chinese military activities around the islands have soared in recent years in terms of the volume and frequency of both military aircraft and naval vessels, a development that has alerted not only Japan but also Taiwan, which is situated even closer to the Senkaku Islands than Japan.

This week, I discussed the islands with a Chinese senior colonel, Zhou Bo. He began by stating that the Chinese People’s Liberation Army plans to become a first class military force by the middle of the 21st Century.

Colonel Zhou Bo said: “The Japanese have complained that the frequent exercises by the Chinese PLA in the South China Sea have made them very much exhausted. That is because we have more ships and more aircraft than the Japanese. If the Japanese scramble their aircraft whenever we move beyond the first chain of islands, they will become exhausted. But I say, why should Japan become exhausted? The Chinese ships and aircraft are moving within the Miyako Strait, in line with international law.”

“China is operating in line with international law”

A different kind of army

This contentious border issue has been a diplomatic problem between Japan and China for decades. Japan regards China as a persistent threat in the region and this is part of the reason that prime minister Shinzo Abe hopes to hold a referendum which could transform the Self Defence Force into a full army, authorised to fight abroad in support of its allies. In order to make that change, he would need support in a referendum to revise the constitution – a step he may well take following the 2020 Olympic Games.

Before then, there is a chance to calm things down during friendly talks with China. This week, Wang Yi has become the first Chinese foreign minister to visit Tokyo in more than eight years. He will attend the Japan-China High-Level Economic Dialogue, alongside Japan’s foreign minister, Taro Kono.

Then early next month, the Chinese Premier Li Keqiang is expected to attend a trilateral summit in Tokyo with Shinzo Abe and his South Korean counterpart Moon Jae-In and there are provisional plans for Mr Abe to visit China in the autumn.

No doubt Japan will extend gracious hospitality to its Chinese guests. One hopes this creates the goodwill to ensure constructive talks, aimed at resolving the dangerous disagreement that festers in Japan’s deep south.