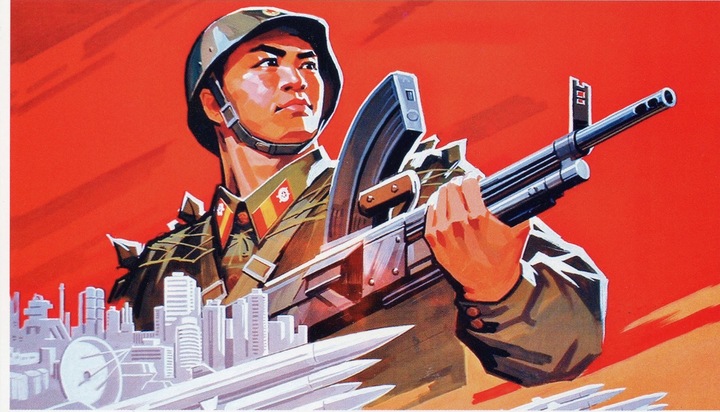 People in Japan, who are struggling through an intense heat wave, may take some relief from the fact that North Korea has not fired any missiles in their direction recently.

However, Japan is still being targeted by North Korea’s propaganda.

The Associated Press bureau in Pyongyang reports that state-run media is continuing with its “vitriolic” criticism of Japan.

Apparently it still blasts the Japanese for insisting that independent inspectors must verify the North’s claims of dismantling its missile launch sites and nuclear facilities.

The US-based monitoring group 38 North says that North Korea appears to have begun dismantling part of a rocket launch site in Sohae.

As usual, though, no outside inspectors have visited the location. Nor were any inspectors allowed to see another military site which was blown up before Mr Trump met the North Korean leader Kim Jong-un in June.

The hostility shown towards Japan contrasts with North Korea’s new, softer tone towards the US and South Korea.

This week, I attended a meeting with the South Korean foreign minister Kang Kyung-wha claimed that the change of approach is very significant.

“We see this is a sign that the path is set for negotiations to proceed,” she told a briefing at the Chatham House think tank in London.

The minister also claimed that a “future partnership” between North and South Korea could turn the peninsula into “a bridge” between different regions of Asia, bringing many advantages.

She claimed that the “political context has changed” since the Trump-Kim summit in Singapore last month.

Minister Kyung-wha described the North Koreans as “very tough, smart negotiators” but emphasised that peace with the South presents a valuable economic opportunity for the North.

She said the South Korea and the United States have jointly agreed to suspend military exercises but stressed that the withdrawal of American forces from South Korea is not under discussion in negotiations with the North.

Asked about Japan, she said: “I am in frequent contact with Taro Kono, my Japanese counterpart. There are frequent trilateral meetings with the Chinese, too, up to the Prime Ministerial level and this frequent communication assures us that we move in the same direction.

“The message may be different but I think the ultimate commitment to our goal is one that we all very clearly share.”

And in another sign that the relationship between South Korea and Japan is in a good state, the South Korean government has donated 100 million yen to Japan in response to recent natural disasters. 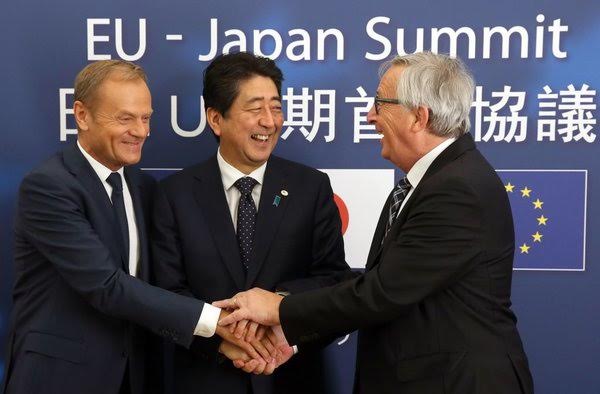 Prime Minister Shinzo Abe says that Japan and the European Union are “leading the world as the champions of free trade at a time when protectionism has spread.”
He was speaking in Tokyo after signing a sweeping free trade deal with the EU.

The BBC says companies from the EU, the world’s biggest free-trade zone, currently export more than $100bn in goods and services to Japan, the world’s third-biggest economy, every year.

Most of the media reports have contrasted the deal with the protectionist approach of President Donald Trump, who is pursuing an “America First” policy.

This approach is seen as stoking up a trade war with China and has also led to tariffs on imports from US allies, including Japan and the EU.

There was particularly good analysis of the deal in the Guardian newspaper, written by its Brussels correspondent Daniel Boffey. It includes a long and revealing quote from the President of the European Council, Donald Tusk.

Mr Tusk said: “Politically, it’s a light in the increasing darkness of international politics. We are sending a clear message that you can count on us. We are predictable – both Japan and [the] EU – predictable and responsible and will come to the defence of a world order based on rules, freedom and transparency and common sense. And this political dimension is even more visible today, tomorrow, than two months ago and I am absolutely sure you know what I mean.”

“It’s a light in the increasing darkness of international politics” EU Council President Donald Tusk
He continued: “Let me say that today is a good day not only for all the Japanese and Europeans but for all reasonable people of this world who believe in mutual respect and cooperation …We are putting in place the largest bilateral trade deal ever. This is an act of enormous strategic importance for the rules-based international order, at a time when some are questioning this order.”

Asked how he would respond to concerns that free trade could threaten jobs, Tusk responded: “Political uncertainty, tariff wars, excessive rhetoric, unpredictability, irresponsibility; they are a real risks for our businesses, not trade agreements.”

The Japanese government is presenting the free trade deal with Europe as a successful outcome of Prime Minister Abe’s “Abenomics” policies.

They are designed to stimulate the economy by promoting Japanese businesses and brands internationally.

The Japanese Foreign Ministry says it expects “even higher growth and economic returns moving forward due to the Abenomics policy, promoting free, fair and open trade through agreements like the EPA and the Comprehensive and Progressive Agreement for Trans-Pacific Partnership (TPP 11).”

That is a reference to the ambitious multilateral TPP trade deal initiated by Mr Abe. It previously had the backing of President Obama but President Trump withdraw America from the negotiations soon after taking office.

Mr Abe is now trying to revive the arrangement without the involvement of the United States but has left the door open for America to join, if it wishes to do so. 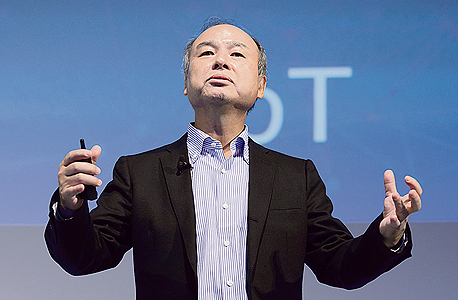 Billionaire Masayoshi Son has pulled off another clever deal involving Japan, China and the United States.

Mr Son, the founder and CEO of SoftBank, has announced that his company will buy $2 billion worth of stock in the internet portal Yahoo Japan.

Unlike in Europe and the US, where Yahoo has long been out of fashion, Yahoo Japan is still the main site through which Japanese people access the internet, including news and social media. Bloomberg says Yahoo Japan is a “cash cow” that reliably generates $2 billion of pre-tax earnings per year.

Mr Son is an ambitious investor who has spent a vast fortune buying stakes in tech companies.

Reuters points out that this deal with Yahoo Japan is funded by money from the Chinese internet giant Alibaba, channelled through an investment fund which is listed on the New York Stock Exchange.

Mr Son is adept at keeping a foot in both the Chinese and American camps, despite the rivalry between the countries which recently led to an all-out trade war over tech.

So what will Mr Son do with Yahoo Japan? I expect he will try to integrate it into a network of businesses which are broadly based on “the internet of things”.

An important aspect of his investment strategy is to make the most of economic growth in Asia. So I wasn’t surprised to read on Bloomberg that SoftBank will try to use its investment in Yahoo to target vibrant markets such as India.

Over the past five years, SoftBank has completed $89 billion of deals. The Economist says this makes the SoftBank Vision Fund, which is managed out of London, the most important investor in the world.

The Financial Times recently published an article which said that the Chinese have been watching Softbank’s strategy and have set up a rival, modelled on its business. The FT says that a state-owned company called China Merchants Group has been enlisted to buy up technology, especially Chinese tech start-ups. The FT says the China New Era Technology Fund will be launched in direct competition with SoftBank’s $100bn Vision Fund.

But I wonder – is it really is a rival to SoftBank? Given Mr Son’s careful diplomacy with the Chinese government and his ties to the business establishment, isn’t it possible that he would quietly support a project that has many of the same goals as SoftBank?

Perhaps he would also be a good person to advise on how to prevent the trade war escalating and damaging the economic and business interests of America, China and Japan. 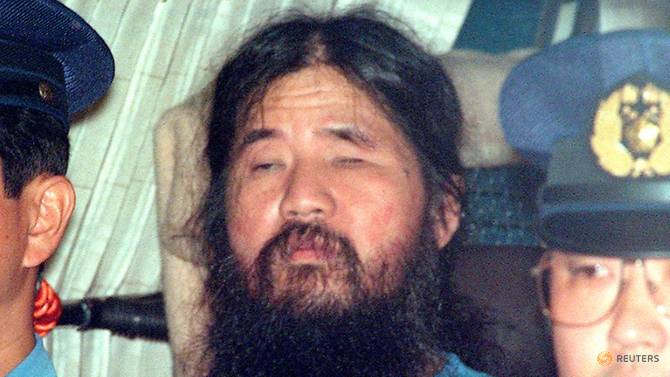 Most people in Japan appear to agree with the death penalty, especially in the case of shocking crimes.

Yet this position leaves Japan at odds with the approach of most developed countries. It also associates Japan with places where the death penalty is used frequently, including China, Iran, Iraq and Pakistan.

This week, Japan’s Ministry of Justice announced that the leader of the Aum Shinrikyo (Supreme Truth) sect Shoko Asahara (real name Chizuo Matsumoto), 63, and six of his closest associates were executed by hanging in Tokyo.

The cult was infamous for its sarin gas attacks on the Tokyo Metro system in 1995, which killed 13 people and injured thousands more. The incidents profoundly shocked Japan, which has a very low crime rate.

In this particular case – Japan’s most notorious terrorist attack – there seems to have been little dismay among the general public that the cult members were put to death in prison.

Some time ago, the Japan Times ran an article about the death penalty which said that a government survey taken in 2014 suggested that 80 percent of people favour capital punishment. I have often challenged the value of such surveys in the Japanese media but I know that is rare to find people who are strongly opposed to the death penalty.

Yet, outside Japan one can hear voices of concern. Immediately after the recent hangings, the German government’s human rights envoy, Baerbel Kofler, called the poison gas attack on the Tokyo’s subway a “terrible deed.”

But he but also said that ” despite the seriousness of this crime the German government stands by its principled rejection of the death penalty as an inhumane and cruel form of punishment that should be abolished worldwide.”

Germany, because of its terrible history under Adolf Hitler, is particularly strong on condemning state killing of any form. However, the death penalty is banned throughout Europe, with the exception of Belarus.

The Daily Telegraph explains that Japan is one of only 53 countries worldwide which still employs the punishment.
It quotes some disturbing information from Amnesty International about the situation in Asia. “China remained the world’s top executioner but the true extent of the use of the death penalty in China is unknown as this data is classified as a state secret.”

Nevertheless, Japanese Justice Minister Yoko Kamikawa has said that capital punishment is “unavoidable” for heinous crimes. Speaking at press conference following the executions, she said that she ordered them only after “careful consideration.”