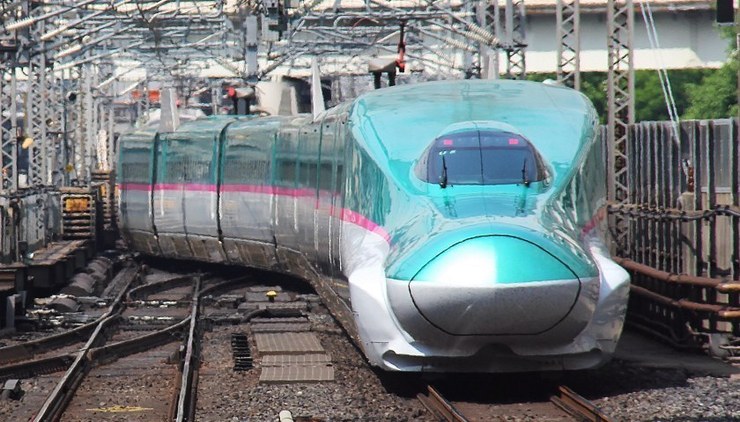 How would you feel if you caught a train in Japan and it had no driver?

Train travel is one of my favourite activities and I’m a particular fan of the transportation systems in Osaka and Tokyo.

So I was intrigued to learn that human-operated trains may be on the way out. Tests for a new driverless trains are scheduled to begin soon on one of Japan’s busiest and most important urban routes – Tokyo’s Yamanote Line.

The scheme’s still at a test stage, according to Japan Kyo. It says that next week, after the ordinary trains stop running, the automatic driverless train will start operating on the track in the early hours of the morning.

“The Automatic Train Operation (ATO) system will be implemented into the Yamanote Line E235 trains. When engaged the system controls every aspect of the train’s movement, including its acceleration, cruising speed, and brakes,” says the piece.

Railway Gazette adds the significant fact that the Yamanote Line in Tokyo does not share tracks with other services, and this makes the trial appear viable. It says there’s also a plan to test driverless trains on the Tohoku shinkansen, or bullet train, which runs from Tokyo to Eastern Japan.

Several websites suggest that one of the goals of the railway company JR is to combat future shortages of personnel that will inevitably arise due to Japan’s ageing and shrinking population.

There’s no sign of anger or resentment among the JR staff about the tests of automatic trains. They are certainly not going to provoke a strike by drivers or train crews.

That’s a big contrast to the situation in the UK, where plans to reduce the number of staff on trains have led to a series of strikes which have been going on since 2016, according to the BBC.

I am annoyed because the RMT union has arranged a strike over Christmas on the route I use to visit my family for the holiday.

The railway company South West Trains says that: “By announcing further strike dates, the RMT has shown it has no intention of finding a solution and is only interested in inflicting more misery on passengers as they try to enjoy the festive season.”

The union says that removing guards from trains threatens the safety of passengers although personally, I have never felt unsafe on a train with doors which are operated by the driver, rather than a guard.

I’ve never been affected by a strike at any stage during the many years I’ve been going to Japan. I learn from the Japan Times that the strike has virtually become extinct.
University teacher Hifumi Okunuki writes that students in his class have never seen or heard of strikes.

In the article he explains: “I teach labour law to teenagers and 20-somethings at university but the most challenging lectures focus on strikes. The questions I field: “What is a strike?”, “Why would anyone do something like that?” and “What is the point?””

I suppose of course that the teacher could explain the political theory behind strikes, in that they empower workers to influence managers to make decisions in favour of the staff.

However, personally I don’t feel very positive about the liberating power of strikes at the moment, so I’ll leave it to Professor Okunuki to explain their value to people who’ve never had their life disrupted by one.

What’s your view? Have you experienced a strike in Japan? Do you think the workers should be more assertive and threaten to withdraw their labour if conditions are bad? Share your thoughts below. 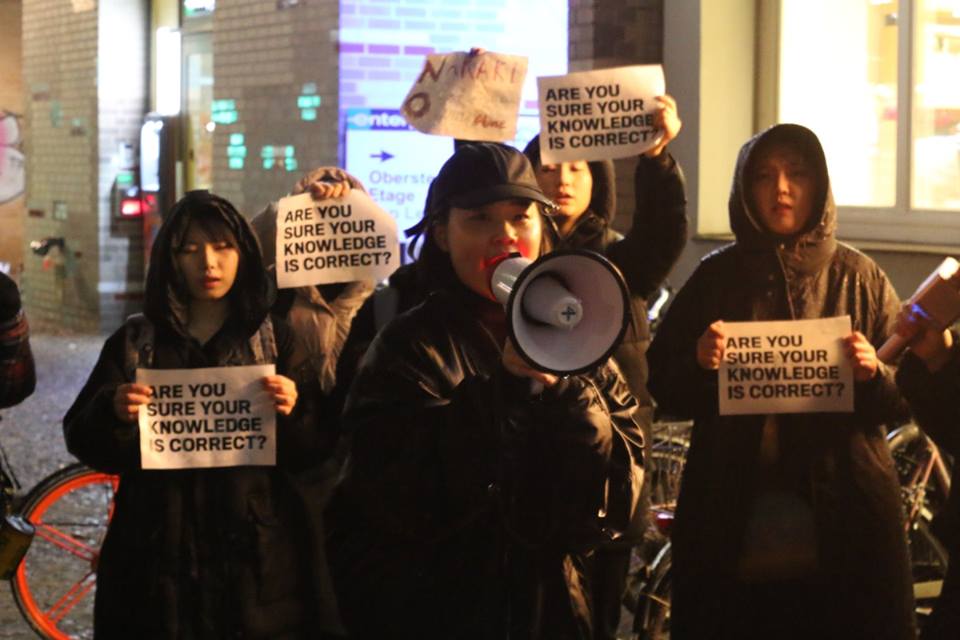 Women have thrown down a challenge to one of Japan’s most famous and successful artists – the photographer, Nobuyoshi Araki.

Araki’s work is well known around the world: he’s staged major exhibitions at the Barbican in London, the Guimet Museum in Paris and his work is currently on display at a gallery called CO in Berlin.

As usual, alongside pictures of flowers and Tokyo streetlife, the exhibition includes images of naked women, including some who are restrained by ropes, in S&M style poses.

A group who call themselves the Angry Asian Girls Association staged a protest in Berlin this week. They held up signs reading “Are you sure your knowledge is correct?” and on Facebook alleged that Araki “has gained fame and reputation by exploiting female models.”

The website Frieze Art explains that Araki was accused by his long-time model Kaori in April of several instances of exploitation and mistreatment during their working relationship. The website says that Kaori did not accuse the photographer of sexual assault but did allege emotional bullying, saying that “he treated me like an object.”

This is a point which the Angry Asian Girls Association highlight in their Facebook post, linking the allegations of exploitation to the Me Two movement through which women have highlighted occasions when females have been exploited or abused by men, including many powerful public figures.

I have visited his exhibitions several times and have often wondered what impact they have on non-Japanese audiences. Do they reinforce stereotypes in which Asian women are seen as the compliant playthings of men?

It’s hard to get much information about the Angry Asian Girls Association although I note that their webpost appears in English, German and Korean – but not in Japanese.

And that reminds me of a conversation I had with some South Korean professors earlier this year, who explained to me that the resentment in their country against Japan is based on the exploitation of women.

In particular, it’s widely felt that Japanese soldiers who invaded Korea about eighty years ago forced local women into sex.

The professors explained that the rise of the Me Too movement and a heightened awareness of feminist issues has encouraged Korean women to try to shame the Japanese into apologising.

Within Japan, there are mixed feelings on that issue but I think many people would sympathise with the stated aim of the Angry Asian Girls who say that they “dream of a world where the dignity of every individual is respected.” 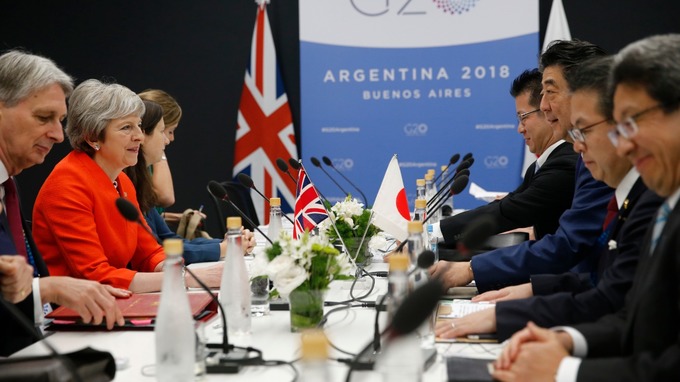 Japan’s prime minister and representatives from its biggest companies have been unusually vocal on the topic of British politics this week.

They are worried that a so called “no deal” Brexit could severely disrupt the business of Japanese companies based in the UK, especially car manufacturers.

More than one thousand Japanese companies operate in Britain and provide more than 140,000 jobs. Japan is the second largest investor in the UK, after the United States.

When Prime Minister Shinzo Abe met his British counterpart Theresa May at the G20 summit in Buenos Aires at the weekend, he pressed her to avoid no deal, as well as to ensure transparency, predictability and legal stability in the Brexit process.

Mrs May assured him that her plan was a good deal for business, including Japanese companies, who she said would be able trade well with the European Union.

ITV’s political editor Robert Peston wrote about the meeting in his blog. He said: “When the Japanese PM publicly calls on May for “support to avoid no deal” – as he did in Argentina – because of the damage trade friction at the border would do to important Japanese companies with big factories in the UK, it is very hard for the PM to plausibly argue that she would simply let chaotic events drive the UK to the cliff edge of an un-negotiated withdrawal from the EU.”

However, when Mrs May came back to London she was reminded of the enormous political difficulties in implementing her plan. The government was defeated in several votes in the House of Commons on Tuesday and it is unlikely that MPs will back the prime minister’s proposals next week.

Tony Walker to the House of Commons this week. He told a business committee that a no deal would be “very, very challenging” and would have a big impact on Toyota’s factory at Burnaston in Derbyshire.

Toyota exports the majority of the cars it makes there to mainland Europe. It relies on parts imported into Britain through the Channel Tunnel from France.

However, Mr Walker said Toyota is a “pragmatic” company and he was careful not to say that the British factory would close as a result of Brexit.

Soon after the result of the referendum was announced in 2016, the Financial Times predicted a 75% chance that Toyota and Honda would cease manufacturing in the UK if the Brexit leads the EU to impose an import levy on cars manufactured in Britain.

The Times newspaper also reported that Nissan, which employs 7,000 people in the North East of England, is under pressure from its partner Renault to move some operations to France. That was before the arrest of the Nissan chairman Carlos Ghosn in Tokyo last month. He still hasn’t been charged with any crime.

Despite all the worries about Brexit, Japanese companies are still active in the UK and Ireland. This week, Takeda Pharmaceutical won shareholder approval for a £46bn ($59bn) takeover of UK-listed drugmaker Shire.

If it goes through this will be Japan’s largest ever corporate acquisition and the takeover is part of Takeda’s strategy to become a global pharmaceutical company.