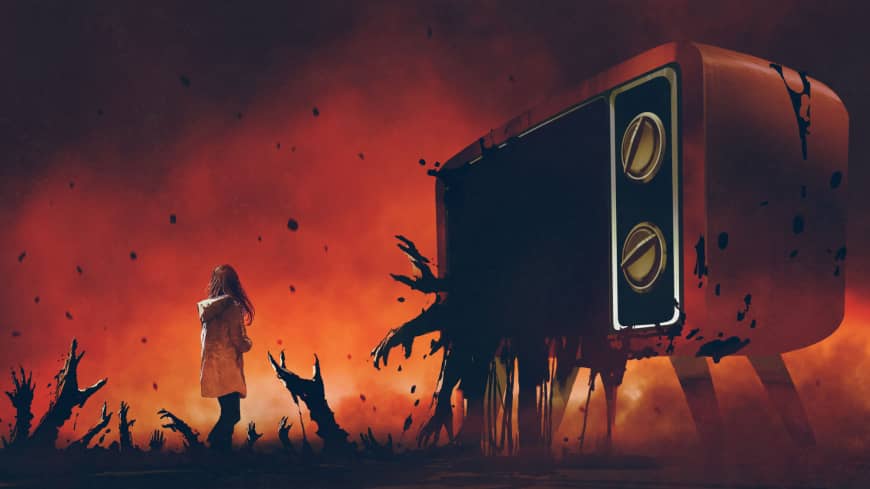 Are Western people regarded as exotic, funny or unruly by the Japanese?

I’ve been considering that question since reading an excellent editorial in the English-language Japan Times by Elenor Sezar.

“The exaggerated image of people from other cultures is maintained by stereotyping and caricaturing. Foreigners are reduced to others – the ones who are not us.”

At least foreigners have some presence on television, whereas in other media we’re almost completely invisible.

It’s rare to see a foreign character in a Japanese film, unless they are an American soldier or an English language teacher.

This is an awfully narrow perspective. It’s a bit like seeing all Japanese women as geishas or all the males as salarymen.

Why did you come to Japan?

Elenor has a bone to pick with the TV show Why did you come to Japan?

Elenor thinks that it embodies everything that is wrong with the depiction of non-Japanese people.

“Close contact with non-Japanese people in Japan, while increasing, remains a rarity for a majority of the Japanese population, despite a rise in tourists from overseas (their numbers reached 31 million last year).

That means most Japanese people’s knowledge of non-Japanese has been left almost entirely in the hands of the mass media – and the results have not been good,” she says.

Perhaps this explains why some Japanese attractions are refusing entry to foreigners.

The Daily Telegraph claims that “a small number of unruly visitors are threatening to ruin things for everyone.”

It reveals that the Nanzo-in Buddhist temple in Sasaguri, Fukuoka has banned groups of foreign tourists due to their bad behaviour. (It doesn’t say what they did wrong – or which countries they are from.)

I have never previously thought of that temple in Fukuoka as being one of the great “must-see” attractions of Japan. But it is frustrating to find the famous temples in Kyoto overrun with tourists, both from Japan and abroad.

In my view, it is not poor behaviour by the visitors which is the problem.

The problem is that almost no consideration has been given as to how to preserve the temples’ special, holy atmospheres.

Throngs of tourists are preyed upon by vendors selling greasy food, sugary drinks and tacky souvenirs.

And the temple staff – who are supposed to be nurturing our spiritual growth – fleece visitors by selling lucky charms to make us money, pass exams or find a lover.

Many of my Japanese friends buy this rubbish with a smile on their faces. However, they have never shown me a shred of evidence that their lucky charm have brought them any real good fortune.

Why do they tolerate this tawdry trade? I say: “Overturn the tables and throw these charlatans out of your temples!”

If I share my view on Why did you come to Japan? I am sure there would be consequences.

But if I am banned from a few temples as a result, I doubt my spiritual health will suffer. 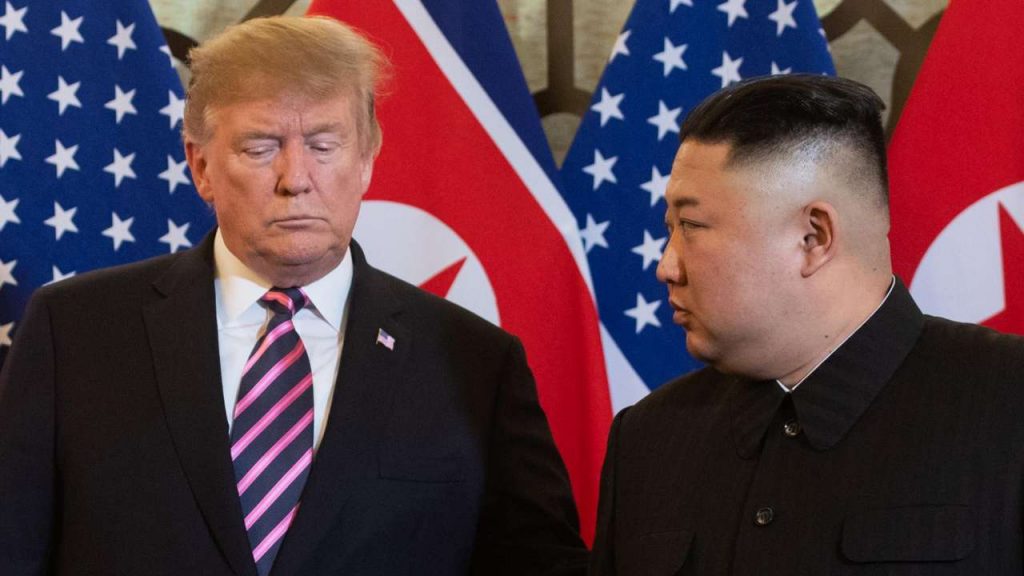 Many people in Japan were worried when Donald Trump walked out of the recent meeting in Hanoi with the North Korean dictator, Kim Jong-Un.

Previously, the two leaders had threatened to start a war – an unimaginable horror for Japan. Yet peace is still holding and the experts I’ve met say the summit may have a silver lining.

Professor Hyun Bang Shin from the London School of Economics told me: “The Hanoi summit was a failure only if you approach it from the point of view that success means an agreement signed by the two leaders.

“That obviously didn’t happen but I think this meeting will turn out to be one of many stops along the road towards the eventual goal, which is a positive outcome for all the parties involved, including South Korea, North Korea and the US.”

Professor Shin told me that after the Hanoi summit, North Korea’s propaganda did not angrily denounced the US, as it has often done in the past. This eaves the way open further talks, with South Korea as mediator.

Japan’s Prime Minister Shinzo Abe wants to join the negotiations. He demands verifiable checks on claims of disarmament and also hopes to raise the issue of Japanese citizens who were abducted by North Korea in the 1970s and 1980s.

Professor Takako Hikotani from Columbia University told me: “Japan is being left out of the loop in the current negotiations because North Korea wants to talk directly to the United States. As a result, Japan’s fate rests with how well things go between Trump and Kim.”

She is pleased that the leaders didn’t make a deal focussed on North Korea’s intercontinental missiles, which target the US, at the risk of overlooking the threat posed to Japan by medium-range rockets. In the end, the US showed no compromise on either front.

For decades, South Korea, Japan and the United States have formed a security triangle, focussed on containing the North Korean threat. However, the US and South Korea recently scaled back their joint military exercises. There is also tension because of a poor diplomatic relationship between South Korea and Japan.

There is angry rhetoric from South Korea about Japan’s occupation in the last century. Japan’s government has responded by firmly stating that no more apologies are required.

Professor Hikotani says. “Of course, there are often ups and downs in the relationship but normally there is a way to seperate the political disputes from the issue of military cooperation.”

Professor Shin says: “Japan has been ruled by the same political elite since the end of the Second World War, while South Korea has democratised. It seems as though they are unable to adjust to the new geopolitical order.”

Professor Shin notes that there is strong resistance within Korea to Prime Minister Abe’s plan to change Japan’s constitution, so that its armed forces can fight abroad. But he says: “If there is any kind of war on the peninsula there would be complete annihilation of both countries and South Korea – not Japan – is the most vulnerable place.” 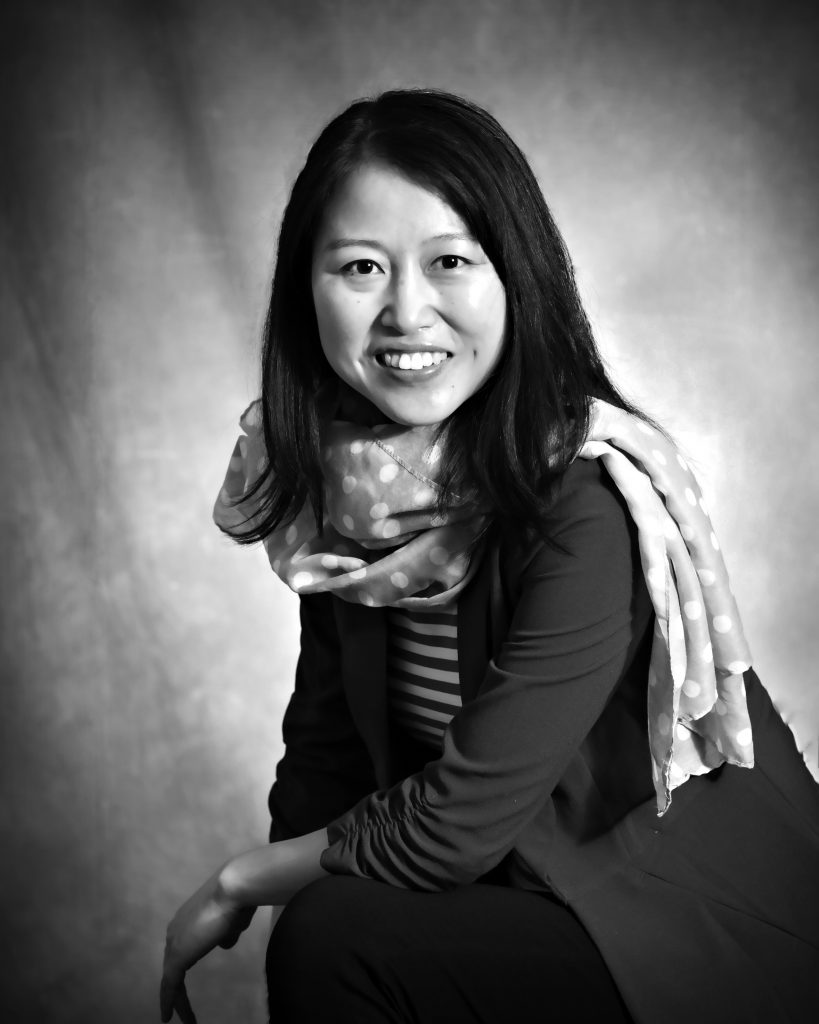 Why do people from China and people from Japan seem to express their emotions in such different ways?

That was the question I posed in one of my blog’s last month titled When China smiles Japan shows its dark side. I’m delighted that the renowned sociologist Baozhen Luo has offered a really interesting response.

Here’s her view. I look forward to reading more responses!

Duncan, I thoroughly enjoyed your recent blog and as always, you pose a thought-provoking question concerning the emotional expression of people from Asia.

This is a question to which I have actually given quite some thought. The polarised emotional display of the Japanese (explosive expression of deep emotions in sharp contrast to extreme formality) and the more balanced approach to disclosing emotions by the Chinese (extravagant celebration of Chinese New Year and solemn reflection of the humiliation China experienced in the past 150 years).

When I first visited Japan in 2013, I was so struck by the drastic contrast between the atmosphere in 8am in Shinjuku Subway Station and 4pm at Akihabara. I stayed in a hotel next to Shinjuku station.

The first morning, I felt this deep oppressive feeling as I looked down to the station in the morning seeing armies of Japanese working men wearing exactly the same outfit – a white shirt and a pair of black khaki pants moving like ants – emotionless and voiceless.

In the afternoon, when I went to Akihabara, I felt another deep feeling of oppression as I witnessed the long queues of men waiting to get the autograph of an AV star and loud music and flashy images in the video game stores.

Chinese people on the other hand seem to have a relatively more balanced display of the negative and the positive of their emotional world.

I think it has a lot to do with how Confucianism, Taoism, and Buddhism – the three pillars of the Chinese people’s belief-system has shaped our views of humanity, the nature, and the universe. All three belief systems place a strong focus on well-roundedness; Taoism focuses on the balance between Yin and Yang, Confucianism emphasises moderation, and Buddhists strive for the middle way.

Martin Jacques, a British Sinologist, in his book When China Rules the World, has made some really insightful comparisons between the Japanese and Chinese sensibilities, and how the different manifestation of Confucianism and the different paths of modernisation shaped the national psyches in these two countries

The spread of ideas

The former laid greater emphasis on hierarchy and loyalty whereas benevolence is a core value for the latter, which allows a much more flexible version of rationality, thus more space for diverse emotions.

The polarised emotional display of the Japanese may also be a reflection of the underlying national psyche of insecurity and inferiority, a historical result of living in the shadows of Chinese civilisation for over fourteen centuries and the Western civilisation since Meiji Restoration.

About the writer: Dr. Baozhen Luo is an associate professor in Sociology at Western Washington University. She earned her Bachelor’s degree in Journalism from Nanjing University and her doctoral degree in Sociology from Georgia State University. Her current research examines China and its people’s presence on the global stage, politically, economically, and culturally. In addition to producing scholarly works, she also hosted a column called “Four Dimension Channel” (四维频道) discussing a variety of social issues in China at www.thepaper.cn (澎湃新闻) based in Shanghai. She has also written for Foreign Affairs and is a regular commentator for China’s Global Television Network.