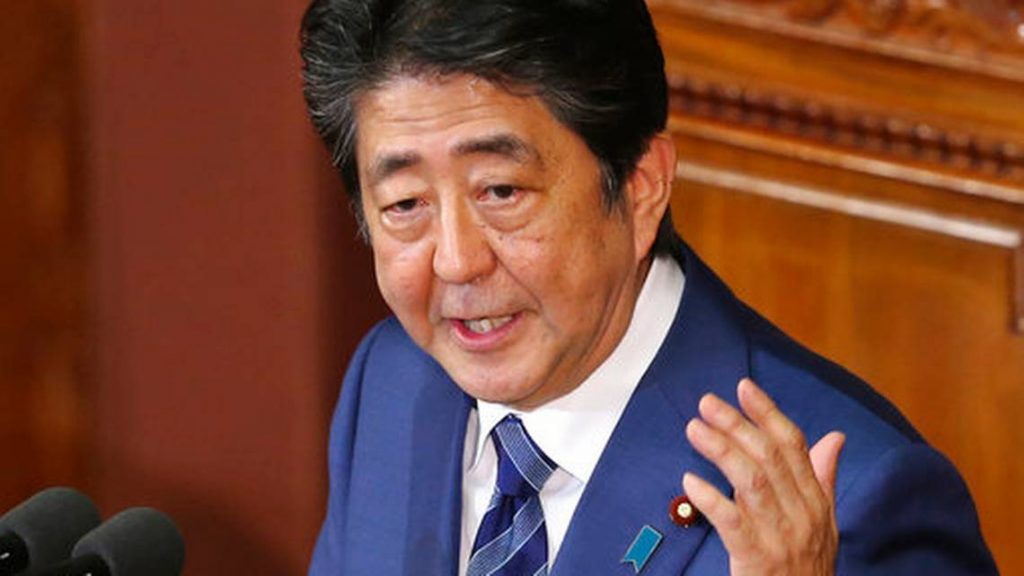 Mr Abe can expect to be treated with the greatest of respect as he enters the Great Hall of the People in Beijing in the company of President Xi Jinping this week. The leaders are celebrating their first full-scale summit since 2011.

Remarkably, the stage is now set for President Xi to make his first official visit to Tokyo next year, including a meeting with Japan’s Emperor.

Five years ago, it would have been almost inconceivable that Mr Abe would be warmly welcomed in China. At that time, China’s state media portrayed Mr Abe as a revisionist, who had make light of Japan’s invasion and occupation of China and other Asian countries in the mid-20th Century. The Chinese were scathing of his version of history and his nationalist politics. They also derided him for presiding over a stagnant economy, while theirs was booming.

Economics play a crucial role in the Sino-Japanese relationship. Mr Abe is accompanied on his trip to China by representatives of hundreds of Japanese companies, which would appreciate a share of the vast resources which China offers its partners, especially those countries which lie in the path of its ambitious Belt and Road initiative.

Those trade routes take a western path, from China to Europe, while Japan lies to China’s South East. Logistically, though, Japan could support Belt and Road if it wished to do so; although so far, its involvement is limited, especially at a governmental level. Mr Abe rightly questions whether the plan is genuinely designed to deliver international benefits, or if it is primarily aimed at serving China’s national interest.

Mr Abe has spoken of the relationship between China and Japan returning to normal. That means that Japanese companies often try to overlook the political and ideological differences between Japan and China, which are profound. In the past three years, under President Xi, China has placed special emphasis on the need for businesses to consult with the Communist party at every stage of the decision-making process.

Official figures this week suggest that China’s economy is still growing at a striking pace – six and a half percent, although most economists warn the official data nearly always falls in line with government targets.

Nevertheless, the trade war between China and the United States is causing disruption. It is also having a knock-on impact on Japan, which has been hit by tariffs on some of its exports to America. China is therefore encouraging Japan to consider where its allegiances lie.

Although China has overtaken Japan as the world’s second largest economy, it remains clumsy in its diplomacy, with few friends or allies. It has recently risked further censure through an intolerance of democracy and international law. That should make Mr Abe wary of publicly supporting Sino-centric schemes – especially if the Chinese seek to present him as a subordinate.

Mr Abe has said that the key goals of his premiership are to revive Japan’s economy, to nurture its national pride and to restore its global reputation. China has a different dream, in which it plays a globally centrally role, with its ruling Communist party controlling its destiny. Given these two contrasting visions, ideological clashes are inevitable.

Yet the Beijing summit has serves as a reminder that China and Japan can also respect each other as equals with common interests. They have much to offer the rest of the world when they collaborate, not compete.