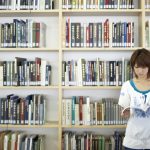 This week I’ve been considering the claim: “Most Japanese universities are not very stimulating or rewarding places intellectually.”

It is not a new allegation. It was made by an American writer named Robert C. Christopher in the book The Japanese Mind: The Goliath Explained, which was first published in 1983.

Given the enormous prestige placed on university education in Japan, it is perhaps surprising that only one Japanese University, Tokyo, is on the Global Top 50 list compiled for 2017 by Times Higher Education.

It is ranked at number 46, below universities in Munich, Stockholm and Wisconsin.

Robert Christopher wrote in 1983: “Tokyo University, known as Todai, carries the prestige of Harvard, Yale and M.I.T. all rolled into one.” I asked a friend who teaches at a rival Japanese institute about this bold claim and he said that it remains true.

“Tokyo University, known as Todai, carries the prestige of Harvard, Yale and M.I.T. all rolled into one.” Robert C.Christopher

Of course, there are other Japanese universities which are regarded as world class, including Kyoto, Keio and Waseda. Yet Japan has an astonishingly large number of higher education institutions; more than 700 in all and that number has doubled since 1983, despite a sharp decline among the population of young people.

The book The Japanese Mind claims that most students do not receive a rigorous intellectual workout at university for three principle reasons.

Firstly, a low teacher-student ratio – some classes are enormous.

Secondly, a reluctance among colleges to dismiss students for missing classes or achieving low grades.

And thirdly and most importantly “once the dreaded entrance exams are behind them, it it commonplace for Japanese youngsters to suffer a psychological let-down and slack off in their study habits.”

The author Robert Christopher says that Japanese undergraduates “have a keen awareness that university will be the only time in their lives that they are likely to experience genuine personal freedom.”

I put those points to my professor friend and he said that the claim still largely holds true, even though he believes that academic standards have risen in most universities in recent years.

From oversupply to shortage

In the 1980s, there was an oversupply of well-educated young people entering the job market every year. Now, we often read about a shortage of people to take up jobs in Japan, although this is not particularly true in the prestigious white-collar professions.

The Financial Times reports this week that building companies and nursing homes for the elderly desperately require more people to come and work for them.

The pressures associated with care work and construction are different to those faced by hard-pressed salaryman. Job insecurity has been a problem so therefore some employers are offering long-term contracts to new staff.

When selecting university graduates, the recruiters may also not be too worried about the college record of the candidates, provided they commit to maintain a high professional standard when they join the company.