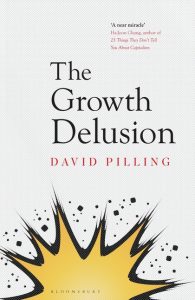 I have been fortunate enough to meet many Japanese CEOs, including the bosses of huge multinational companies like Toyota, Nissan and Sony. I am often bemused when business leaders claim that they are “economic animals” but perhaps this dehumanisation helps them cope with the beatings by the foreign media, which are frequent and painful.

When Japan’s economy is in a period of recession or low GDP growth, stories appear in the international press scolding it for its moribund, weak, ailing and disappointing performance. Powerful men are humiliated by this pejorative language, which is often associated with moral failure.

Critical words are churned out in response to even minor setbacks, such as small falls in the value of shares on the Tokyo Stock Exchange or surveys which suggest a temporary blip in business confidence. Such data is barely scientific and has little bearing on the national mood. But foreign journalists – unfamiliar with the Japanese emotional repertoire – tend to misread the signals.

Japanese journalists then sift through the foreign press, curious to know how their country is being perceived. When they find negative opinions voiced by foreigners, they use them as the basis of stories for their own newspapers and social media. The often misplaced criticisms of the foreigners are sometimes taken up as rods to beat the politicians, central bankers and business leaders.

The former Tokyo Bureau Chief of the Financial Times newspaper David Pilling told me his experience of working in the media in Japan led him to question the habit of judging a society’s value on the basis of its GDP numbers. In his new book The Growth Delusion he addresses statistical flaws.

David told me: “I was a reporter in Japan for the Financial Times from 2001 to 2008, the Koizumi years. From the point of view of the FT, Japan was a total disaster because there was little or no GDP growth. When I was talking to London from Tokyo, the tone of the conversation would be: “What’s gone wrong? There must be terrible social deprivation. Are there lots of people outside on the streets sleeping rough?” And, of course, there are some homeless people in Japan but it was a not a huge number. The misconceptions were born of the fact that nominal GDP in Japan hadn’t budged for 20 years.”

David concluded that the GDP numbers gave a distorted sense of reality. He told me about the time he showed a foreign politician around Tokyo. “He was just amazed at the activity, the sophistication, the level of service, the money that was there and said, “Well, David, if this is a recession, I want one.” It turned out that the numbers are telling you one thing; your eyes, ears, common sense is telling you another.”

Why then, I asked him, is the concept of GDP held so dear?

David replied: “It was invented in the 1930s as a barometer of the US economy after the Wall Street Crash. President Roosevelt used it to decide how much money he should spend to revive the economy. At that time, there was really no single tool to measure the economy. You had things like freight car loadings, the stock market, the rate of unemployment, but you had no single number. So the concept of GDP was clever. It managed to compress everything that we do as humans – and something that we defined as “the economy” – into one number. Clever things tend to last.

You can read more about David Pilling’s ideas in The Growth Delusion: Wealth, Poverty, and the Well-Being of Nations published by Bloomsbury and Duggan. He has also written an excellent book on Japan called Bending Adversity, published by Penguin.