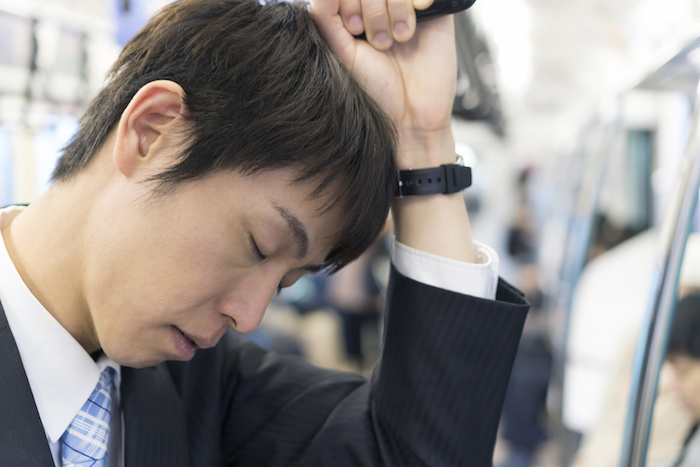 The Japanese are famous for working long hours in the office and I am afraid I have often hear foreigners complain that this doesn’t make them particularly efficient.

However, things are changing. Working hours in Japan have dropped for several years, according to a report I received this week from Oxford Economics.

I was surprised by this. But the report explained that many more women and elderly people have joined the labour force as part-time workers.

This has had a big impact on the working lives of traditional salarymen – people who used to give the impression of working like slaves.

Fortunately, the pressure on these poor souls seems to be easing as some of their work is now being taken up by the part-timers. You often see these people on the checkouts of department stores, or helping out on the railways and buses.

Prime Minister Shinzo Abe has encouraged companies to improve the work-life balance of their staff. This means many bosses now hesitate before pressing their teams to sacrifice their evenings or weekends for the sake of the corporation.

The good news for the part-time workers, including many women, is that hourly wages keep rising. But the head of Oxford Economics’ Japan team, Shigeo Nagai, notes a downside to this trend. He claims that family incomes are not rising due to an overall decline in working hours. In other words, if he main breadwinner is working less, this has an impact on the income of the family team.

Mr Nagai believes that this is an inevitable result of the country’s ageing and shrinking population and he reckons that “the current expansion of employment, led by rising participation of women and elderly, will eventually end.”

As the Financial Times pointed out recently, a quarter of Japan’s population is over 65, making it one of the world’s fastest-ageing nations.

The FT says the very low unemployment rate – it was only 2.2 per cent in November 2019 – is caused by demographic change and shows that the country has “a chronically tight labour market.”

But that leaves a puzzle. If the labour market is so “tight” why aren’t people’s incomes rising?

Given the stiff competition between companies to find staff – and the relatively small pool of people looking to find a new job – you would have expected employers to offer more money. Yet on the whole, they don’t seem to be willing or able to do so.

One theory favoured by Mr Nagai and others is that Japan’s lifetime employment system holds back wage growth because it has restrained base-pay growth for regular workers.

I have heard this problem mentioned many times at meetings about Japan’s economy and I know that it is an issue which worries politicians, civil servants and the people who run the Bank of Japan. Yet no-one seems to be able to find a solution.

Of course, many people in Japan are relatively well off. The staff of the big successful companies can expect a good pension and a great deal of job security.

So for some the rewards are good. Yet as Oxford Economics notes: “stagnant household income been a major constraint on Japan’s economic growth.”