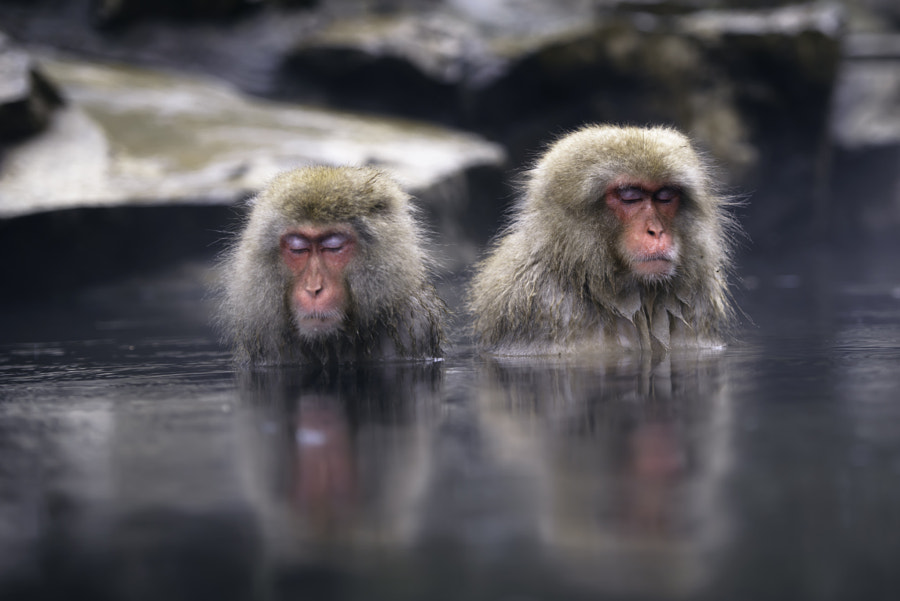 This week, I’ve been learning more about Japan’s language of affection.

The Japanese don’t have words that are direct equivalents to “honey” or “darling” but they have some nice alternatives.

Similarly, one may tease someone by saying お馬鹿 さん o-baka-san – literally “honourable idiot.”

The implication is that the other person is a lovable fool.

Intriguingly, the Japanese word for idiot combines the symbols for horse 馬 and deer 鹿 – suggesting that a person with the characteristics of both animals will behave idiotically.

Provided the other person is not a hybrid beast, you might want to tell them that you like them.

好きですsuki desu will cover you for that, or if you really like them, you can add a 大 big character to the like symbol 大好きです daisuki desu, which lifts your declaration up to the level of love.

At this point, I should warn you of a trap.

Foreigners often carelessly use the word あなた anata which is normally translated as “you”.

But my language sensei tells me this word also means “darling” or “dear” and is used by women as a sign of affection towards men, especially when they are speaking to middle-aged or older gentlemen. So this is a word I would like to hear more – but I will hesitate before speaking it!

The blog Fluent-U claims that as you establish a romantic relationship with a Japanese person “you’ll probably receive a pet name from your partner.”

For example, a man may call his girlfriend o-hime-san – “my princess” or a lucky fellow might be regarded as 白馬の王子様 (はくばのおうじさま – hakuba no ojisama – “a prince on a white horse.”

If you really want to stir the emotions of a Japanese person, you may with to deploy the metaphysical into your declaration of love.

You could declare  that you greatly love their “thing” as in the phrase あなたのことが大好 き anata no koto ga daisuki.

This suggests that your love is centred on their soul rather than their physical being. And that could be useful if they are a wonderful human being but no longer a vision of youthful beauty.

Happily, in a country where many people live long lives, marriages often last decades, so here’s a sweet phrase which should you set you up for the long term.

And if you really want to up the drama, you could ask this profound question:

No-one’s likely to say yes to that on a first, or even second, date.

But on reflection, I think it’s quite a quite wonderful suggestion.

After all, the ultimate goal in Japanese society is to spend eternity in a communal tomb – a space which banishes loneliness forever.

And to be invited to join a family group in there is surely a sign of deep love, trust and acceptance.