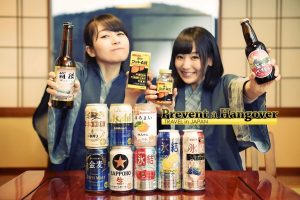 Many people in Japan claim that in order to build good relationships, they need to go out drinking with their colleagues after work.

But as someone who is cautious around alcohol, I’ve been wondering if it’s really necessary. After all, most of my successful working communication in Japan (and elsewhere) has been done over a cup of tea. I don’t thrive professionally when I am drunk!

I’m grateful to the blogger Tim Sullivan for providing me with some insight into Japanese drinking culture. Tim writes a very enjoyable blog called Intercultural Twilight Zone – Connecting Japan with the World.

Tim drew my attention to a Japanese concept based upon the art of anticipation, known as kikubari. This noble concept is based on the idea of “distributing one’s spirit” and proactively taking action.

Tim says the best examples are observed after dark in izakaya style pub-restaurants, as Japanese men engage in a dangerous beer-pouring ritual. Each man around the table stays on the lookout for half-empty glasses, then takes the initiative to pour beer from a bottle for their friends. He does this without being requested to do so. Tim says: “An uninitiated – and very drunk – American friend of mine once quipped to me in slurred tones after a night out drinking with some Japanese men: “I had 53 half glasses of beer but I didn’t pour a single one!”

Tim’s friend discovered that foreign visitors to Japan are typically treated with great courtesy and hospitality. But although I have observed many exceptions, I think it is fair to say that the majority of Japanese people find close dealings with foreigners something of a strain. Japanese men seem to sense particular unease when they are around foreign women, who they rarely date or marry. Perhaps they fear being being regarded as inferior. This can lead some men to behave in a way which strikes women as arrogant or boorish, particularly when they are drunk, and this further undermines their romantic attraction.

One might assume that social discomfort with foreigners motivates Japanese men to get roaring drunk when they socialise with us, although I have noticed that they are quite capable of rowdy drunkenness without any international support!

One sniff is enough

Many studies have been undertaken to try to find out if there is some unique psychological aspect of the Japanese digestion system which makes the impact of alcohol stronger than it is on other races. I am not medically qualified to comment but it seems to me much more likely that in a culture in which emotion is often suppressed, the arrival of alcoholic drinks upon the table signal that is acceptable to temporarily abandon inhibition. For that reason, some people seem to become drunk as soon as the top is removed from the first bottle of beer or sake.

The good news for anyone wishing to abstain is that the mood of the group does not depend on all the guests getting drunk. You can join in the laughter while remaining sober.

In most countries, drunken behaviour, particularly on a repeated basis scars one’s professional reputation. In Japan however, public drunkenness does not seem to carry any particular stigma. The phrase “I was drunk at the time” is used an excuse to get out of all kind of trouble – including breaches of all the normal conventions of politeness, privacy and hierarchy which dominate office life.

However, women are generally displeased by such debauchery. One Japanese lady told me that she considers her husband’s drinking sessions with his colleagues and bosses to be “very troublesome.” She believes it would be much better for them all to go for an occasional coffee instead of late night sessions in the izakaya before another long day in the office.

She also thinks it is a waste of money. As a precautionary measure, she now asks her husband to hand over his pay packet to her so that she can handle the family finances. However, there is an unspoken understanding that a few thousand yen for the beer fund will be removed from the envelope before she gets her hands on the cash.