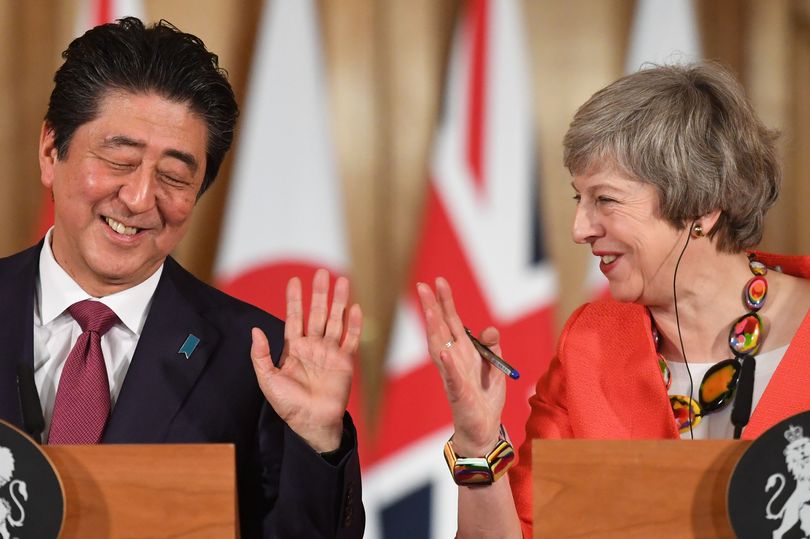 Japanese people are skilled at collaborating and the prime minister and business leaders are working together closely to face a serious problem in the UK at the moment: the Brexit.

Japanese companies which have invested in Britain – including Hitachi, Honda, Toyota and Nissan – expected to use the UK as a gateway to Europe’s single market.

They are therefore distraught by Britain’s plan to leave the EU and are especially concerned about the prospect of a so-called “no deal Brexit” which could cause massive disruption to their international operations.

Prime Minister Shinzo Abe lobbied on behalf of Japanese companies when he met his British counterpart Theresa May in London. He said he was was “in total support of the draft withdrawal agreement” which Mrs May reached with the EU and which was put to a vote in Parliament on January 15th.

It was rejected by a huge majority of MPs.

That leaves everyone – including Japanese businesses – wondering what happens next. If no agreement is in place by the time Brexit happens on March 29, then there will be severe restrictions on the movement of goods between the UK and EU.

Mr Abe said: “We truly hope that a no-deal Brexit will be avoided. And in fact, that is the whole wish of the whole world.”

The Japanese carmaker Honda has announced it will halt production in the UK for six days in April due to Brexit.

The company said in a statement: “Honda has been assessing how best to prepare for any disruption caused by logistics and border issues following the UK leaving the EU. To ensure Honda is well paced to adjust to all possible outcomes, we are planing six non-production days in April 2019.”

Meanwhile, the Nikkei Asian Review reports that Hitachi is about to suspend plans to for a new power station in North Wales.

Hitachi has strived to win foreign contracts since the Fukushima disaster, which has led to a suspension of new reactors within Japan.

According to the BBC, it has spent two billion pounds to develop the Welsh site but the investment will now have to be written off as a loss.

Hitachi is worried about the price the British government will pay for the electricity generated by the plant upon its completion.

Nick Butler from King’s College, London told the BBC: “Hitachi are exhausted that they can’t get a decision from the UK government and this is one of the secondary consequences of Brexit. The government is entirely tied up with one issue and unable to cope with others.”

The nuclear power project is by no means Hitachi’s only investment in the UK. It is also involved in many other businesses related to transport and science.