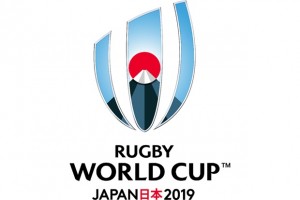 Japan wants big sporting events to boost its economy and bring it international prestige. It is hoping to learn from the UK how to gain long-term benefit from hosting international tournaments.

On the field, it was the Japanese performance which really impressed Mr Gosper: “Possibly the greatest story of 2015 has been the success of the Japanese team. The Japan-South Africa game, I’m sure they’ll make Hollywood films of that one day,” he said.

The Japanese victory over South Africa was probably biggest upset in rugby history and the buzz of excitement over rugby in Japan at the moment is enormous. The Japanese TV commentator was so shocked when Japan won the game in extra time that he was unable to speak for 45 seconds.

Japan is now looking forward to hosting the Rugby World Cup in 2019.

This week, I attended an excellent event in London called Presenting Japan, organised by Dentsu. Among other things, it emphasised the great opportunities for Japan associated with the Rugby World Cup and the Olympics in 2020. For example, there will be investment in signs in English, which should make it easier for foreigners to travel in Japan. There are plans to encourage more community sports participation, especially among Japan’s older people. Japanese people are also going to promote sport in developing countries.

This week the logo for the Rugby Word Cup was revealed bearing two of Japan’s most recognisable symbols, the rising sun and Mt Fuji. It has apparently been rigorously tested to ensure it is original and not a copy. The logo for the Tokyo 2020 Olympic Games was criticised for its similarity to something designed for a theatre in Belgium.

Japan hopes that the legacy of the Rugby World Cup and the Olympics will be beneficial, both economically and diplomatically. At the London presentation, the Tokyo 2020 Chief Operating Officer Yukhiko Nunomara looked back to the last time the Olympics was held in Tokyo, in 1964. He said that it transformed the way Japan was seen by the rest of the world following the war. He also said it was a factor in bringing about the rapid economic growth which began in the early 1960s. One example is the famous shinkansen train, which went into service at around the time of the games.