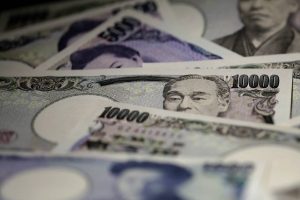 That would have been a suitable headline over an opinion piece in the Japan Times concerning economic and monetary and policy.

The newspaper said “excessive debt is always a concern” but it went on to encourage more government borrowing. “It makes no sense not to borrow when interest rates are this low,” it said. “Central bankers have done their part, it’s up to politicians to do theirs.”

The paper was responding to this week’s monetary policy meeting of the Bank of Japan. There was no headline-grabbing change to come out of the meeting. But the international media concluded the most significant point is that the Bank plans to keep its key interest rate in negative territory at -0.1%, for the time being. In addition to keeping short-term rates at -0.1%, the bank said it will also keep long-term rates, specifically the yield on ten-year government bonds, at about zero for the foreseeable future.

In its analysis, the Economist said the BOJ policies have “not only lowered interest rates, they have also flattened them.”

The Bank of Japan’s goal is to create an environment in which inflation can climb to two percent. It will therefore continue its costly QE programme through its purchase of government bonds. As I explained in last week’s blog, the bank has a serious credibility problem unless its goal is achieved.

The Bank of Japan’s policies are similar to those of the European Central Bank, which also has super-low rates and a QE programme. By contrast, the United States Federal Reserve is ready to raise rates. It had hoped to do so earlier this year but held back because of several factors, including uncertainty over the outcome of the US election.

Andrew Wilson, the CEO of Goldman Sachs Global Asset Management told the BBC: “I think this potential rate cut by the US Federal Reserve is well discounted by the markets. Other central banks are going in the opposite direction, so I don’t think it will have a broad global impact.

“At the same time as the Fed is moving interest rates up, the amount of liquidity created by the Bank of Japan and the European Central Bank will, we think, keep global interest rates at a relatively low level for a prolonged period.”

Although the Bank of Japan’s goal of reaching, or even surpassing, the two percent inflation target seems implausibly ambitious, it is hard to imagine that things could have been better had it done nothing.