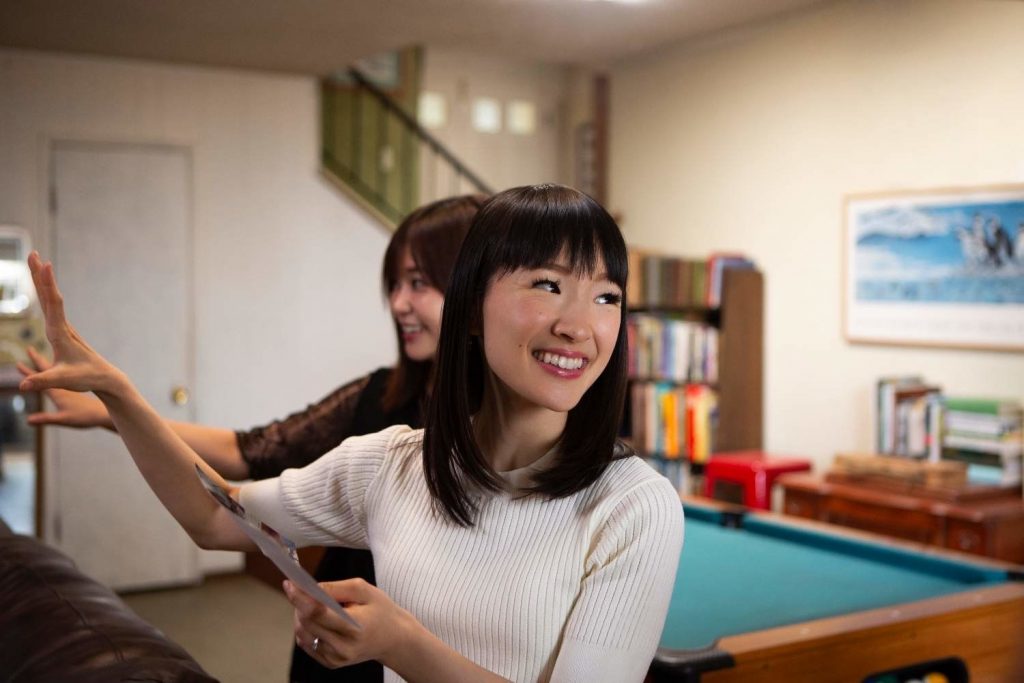 “You may be cute on the outside, but inside you really mean business.”

That was the response of an American man who invited the Japanese tidying expert Marie Kondo into his home.

Kevin Friend and his wife Rachel became the stars of a reality TV show made by Netflix about Marie Kondo, which provided an opportunity to notice some cultural gaps between the US and Japan.

But when the process of tidying was complete, Kevin was delighted. “Marie changed my life. It’s just insane how my mentality has changed. There’s a sense of relaxation in just doing all the things that we need to do. There is more time with the kids, especially when I come home from work.

“We’re really happy we’re just looking forward to living this way for the rest of our lives, hopefully.”

Looking at the show, I was struck by the persona Marie Kondo used on camera: cute, yes, but also empathetic and helpful. She didn’t resemble what a Californian American might think of as a business leader. But in fact, she’s now the most famous and successful Japanese woman in the world.

One great media source for business news about Japan is Bloomberg BusinessWeek magazine.

It asserts that Kondo is a bigger celebrity in the US than in Japan. “In the US, the Marie Kondo method has become a how-to for self realisation,” says Satoko Suzuki from Hitotsubashi University in Tokyo. “It is not about cleaning. Cleaning up is about how to help yourself, how to understand yourself and how to develop yourself. Whereas in Japan, it’s really more about tidying up, the process.”

Bloomberg also explains that apart from her books and television series, Marie Kondo makes money from schooling others. Anyone aspiring to become a tidying consultant must first read her books and then submit photographs of their own homes which have been made immaculate according to her method. Those who want to teach the method further, must also must pay for training which can cost up to $2,700 and an annual fee of $500 to maintain certification.

The magazine implies this is expensive but I am not convinced. Is it a high price to pay to be involved with such a high profile international franchise?

I must admit that I have a bit of a challenge in tidying my possessions, particularly my old CDs.

I love rock music and have assembled a big collection CDs over the years but I don’t play them much now and they are rather cluttering my home.

I recognise that it is time for me to take action but without Marie Kondo standing over me, I am finding my heart is not really in it.

Still, watching her on TV reminds me that I probably need to be more sophisticated in the way I view Japanese women, especially those in leadership roles.

As Kevin Friend observed on Netflix , they may be cute but their inner core is often marked by determination, focus and remarkable patience to ensure a task is completed properly.