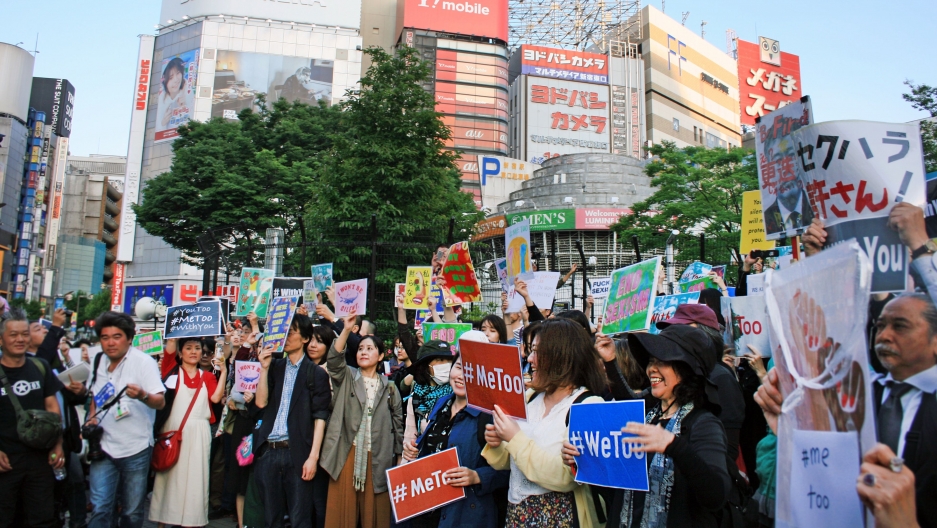 A politician from Japan’s ruling party has been accused of sexism after he said women should have more children.

Kanji Kato suggested young women should have at least three children because childless women have become a burden on the state.

His comments were made at a meeting of the LDP, the ruling political party to which the prime minister belongs. They have been picked up by the national newspaper Asahi Shimbun and the international press.

I have found versions of the story translated online into Russian, French and Czech. His comments were also widely shared on social media.
Wedding speech

The English language version of the Asahi provides some context for the remarks. The paper tells its readers that Mr Kato is 72 and has six children of his own. His comments on childbirth were made at a meeting of the Hosoda faction of the Liberal Democratic Party.

He also implied that it would be unfair if women with no children were cared for at nursing homes funded by other people’s taxes.

After the meeting, reporters asked Kato if he intended to amend or retract his “advice” to women. Apparently, Mr Kato was unapologetic. “Improving the birthrate is the most important issue facing our nation. That is all,” he said.

“Improving the birthrate is the most important issue facing our nation” Kanji Kato, LDP Politician

The birthrate of Japan is an issue that many people have strong feelings about. The BBC reports that last year, the percentage of children in Japan fell to its lowest level since records began more than 100 years ago.

Another issue which affects the debate is that women in Japan are typically more educated than their male counterparts but they are still faced with traditional expectations of motherhood.

For that reason, the media tends to report women’s cries of protest when they are lectured by elderly men on their family choices.
Ongoing battle

The Japan Times says Mr Kato’s remarks are among a number of apparently insensitive comments made by male politicians recently.

There have also been several sexual harassment scandals involving public figures in Japan this year and the #MeToo movement has galvanised women to challenge harassment and discrimination.

Earlier this month after a top-ranking Finance Ministry official was accused by a female reporter of sexual harassment asking her “Can I kiss you?” and “Can I hug you?” and “Can I touch your breasts?” during an interview.

This was one of the issue on the minds of 300 protesters who descended outside Tokyo’s busy Shinjuku station recently for a protest rally.

PRI’s reporter Thisanka Siripala spoke to one of the women who took part who said she joined the movement after seeing women in other countries speaking up. “The power of social media has inspired Japanese women to raise our voices and express that we’re not prepared to tolerate this,” she said.