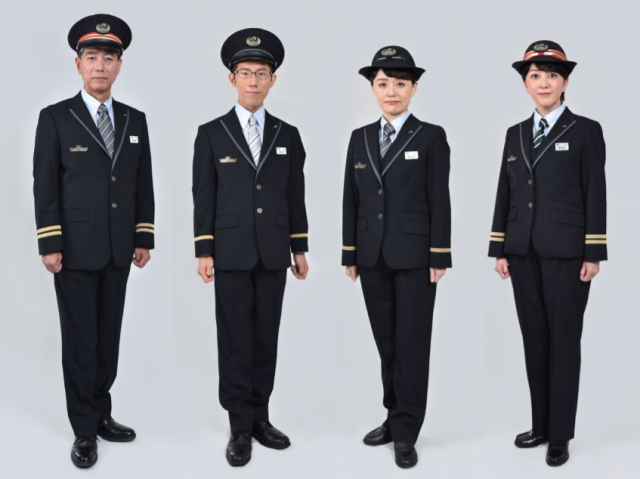 People who work on Japan’s railways are understandably proud of their jobs.

Passengers admire the courtesy and efficiency of the railway staff and this is reflected in their smart uniforms.

This week, the East Japan Railway Company revealed a new look for its staff uniforms and it includes some interesting changes to the women’s attire.

The Japan Times explained that “skirts have been abolished from the women’s uniforms and replaced by pants.”

The paper also says that the new uniforms will allow flat shoes for women, perhaps in response to the recent backlash against high heel shoes in the workplace.

As I mentioned in a blog back in June, some frustrated women submitted a petition to the Japanese government, asking for relief from uncomfortable footwear.

The domestic Japanese media gave the campaign a name: KuToo.

That has a strong echo of the MeToo campaign which highlights harassment in the workplace. KuToo is a play on two Japanese words; kutsu, meaning shoes, and kutsuu, meaning pain. 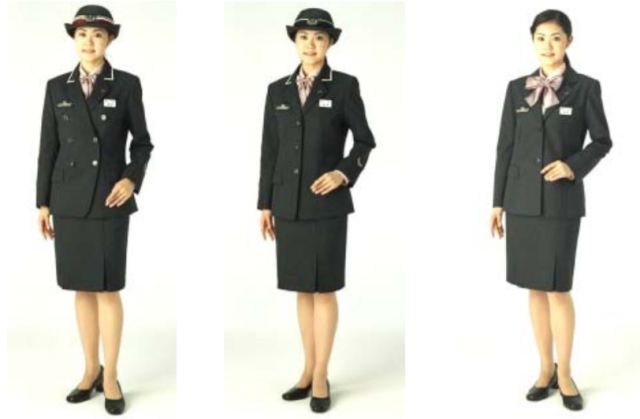 But the women who appear in the rather blurred photographs of the 2003 version of the railway company’s uniform look as though they were wearing rather gentle heels, even if their shoes were not entirely flat.

Practical shoes are surely required by people who jump on and off trains and work in all weather conditions.

And the extremes of the Japanese weather were very much in the news this week, as typhoon Hagibis unleashed torrents of rain and strong winds. 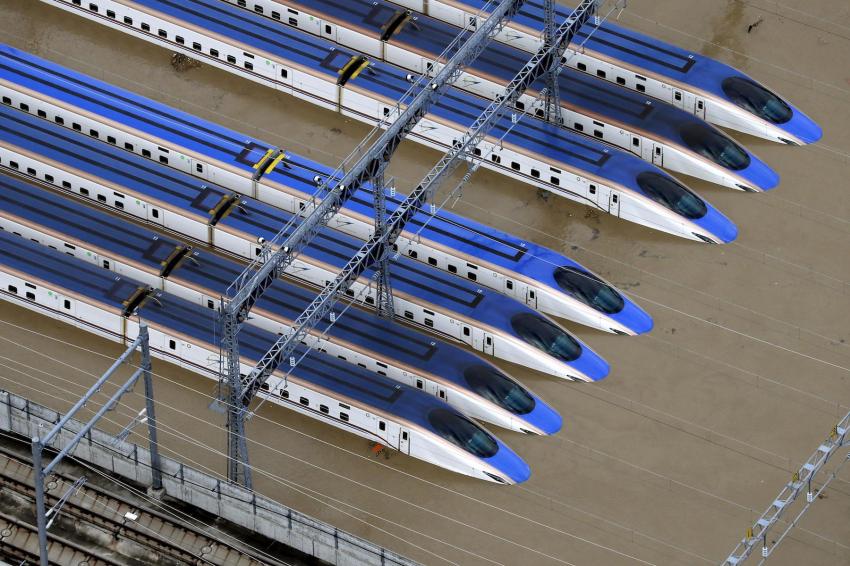 I was particularly shocked by the picture Kyodo news released of bullet trains belonging to the East Japan Railway Company submerged at their base in Akanuma in Nagano Prefecture, after the the Chikuma River overflowed because of the typhoon.

Inevitably, many train services were suspended but only for a fairly short period of time.

It’s thanks to the hard work of the railway staff that the problems caused by the storm were not much worse.

JR East says its blue and grey outfits help “instil a feeling of trust and security in our customers, while being a symbol of pride and comfortable for our employees to wear.”

That seems to me an important and positive message to send to passengers and staff of Japan’s famous trains at a time of national crisis.