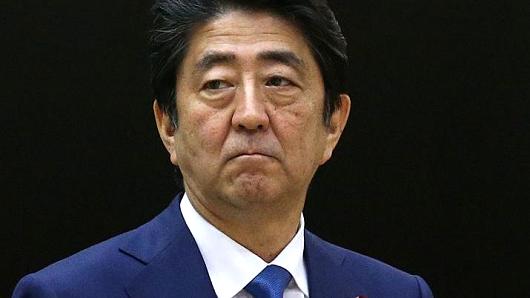 Japan is preparing to take legal action at the World Trade Organisation against its ally and key trade partner, the United States.

The move is in response to Donald Trump’s decision to impose tariffs on Japanese steel imports into America. The US is the number one destination for Japanese exports and Japan sends around $2 billion worth of steel to America annually.

In March, the Trump administration applied a 25% tariff on imported steel and 10% on imported aluminum. Shinzo Abe personally asked Mr Trump to
relax the tariffs when he visited him in Florida recently but he refused to give way.

As a result, Japan is now formally threatening retaliation. It is reserving the right under WTO rules to impose retaliatory tariffs of more than $400 million on American goods imported into Japan. But as the Wall Street Journal notes, the filing at the WTO doesn’t say whether Japan has actually decided to do so.

The newspaper also reminds its leaders that Japan has filed cases against the US at the WTO eight times and three involved steel trade.
China’s battle

The Guardian says that Japan has been caught up in a trade war between the US and China. Earlier this year, Donald Trump threatened $150 billion in tariffs and penalties on Chinese imports – including imports of aluminum and steel. Japan, Canada and the EU – which also import steel into America – faced similar penalties.

China told the WTO that it would retaliate but there was also an attempt to reconcile the dispute through talks when China’s Vice Premier Liu He visited Washington last week.

He spoke of China’s willingness to “appropriately handle and resolve trade issues felt by both sides on a basis of mutual benefit.”

Mr Trump sent a Tweet which seemed to suggest the meeting would do little to end the trade war. “Will that be successful? I tend to doubt it. The reason I doubt it is because China’s become very spoiled.”

The dispute over steel has left Prime Minister Shinzo Abe in the awkward position of siding with China against the US. From China’s point of view, a weaker US-Japan alliance would be a welcome development in terms of economics. It could also lead to tension between the US and Japan on other sensitive issues such as security and defence.

The US and Japan also differ on what basis they should agree a trade deal. Donald Trump would like to sign a bilateral deal with Japan but Mr Abe has said Japan prefers a broad trade pact involving eleven countries, known as the Trans-Pacific Partnership or TPP.

Japan’s parliament ratified the TPP last week, even though Mr Trump withdrew the United States from the deal during his first week in office. The New York Times says Mr Abe is still hoping Mr Trump can be persuaded to change his mind.