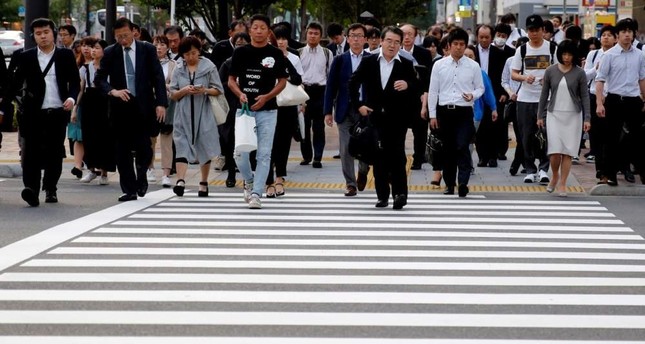 Since the outbreak of COVID-19 was declared a global health emergency, the International Olympic Committee has been faced with the arduous task to decide if the Tokyo Olympic Games should go ahead this July.
The principle concern is that during a huge sports gathering, the virus could spread further.

China is planning to send more than 600 athletes to the Olympics, along with a large contingent of supporters.

In response to heated speculation in the press and on social media, the head of the coordinating commission of the International Olympic Committee, John Coats, denied that the games are in jeopardy. He told reporters in Tokyo: “The advice we have received from the World Health Organisation is that there is no case for a contingency plan to move or cancel the Games.”

Unlikely as a cancellation would be, it would not be without precedent. The Olympics have been cancelled five times in the past, including during two world wars.

There was also debate about the viability of the Rio Olympics four years ago because of a mysterious virus called Zika, which was blamed for causing birth defects.

At the press briefing in Tokyo, John Coats promised that lessons would be learned from Rio. “The World Health Organisation pointed out the likelihood of Zika being a problem at the time of the Games was very low,” he said.

“But we did lose some athletes and we didn’t communicate the information well enough.”

Rory Green, the China and North Asia Economist at TS Lombard said that if the Olympic Games were to be cancelled, this would have a very serious impact on the Japanese economy.

“There has been an expectation that the Games will spark an increase in domestic demand in Japan. There’s been a lot of government investment already in infrastructure and also investment by the private sector, for example in increasing room capacity in hotels,” said Mr Green.

“The Olympic Games are also a branding campaign for Japan Inc and an attempt to restore the national image of the country, as well as to give a shot in the arm to the whole economy,” he added.

The problems facing Japan’s economy were clear in data released this week which suggested that the country is heading for another recession.

The economy shrank at an annualised rate of 6.3 percent in the final quarter of 2019. This figure was described in the Financial Times as “very weak, dismal and shockingly bad” by the chief economist of UBS, Masamichi Adachi.

In an interview with FujiSankei Business, the governor of the Bank of Japan Haruhiko Kuroda, said that coronavirus was “the biggest source of uncertainty for Japan’s economy” but insisted there was little chance of growth in 2020 falling far below 2019.

Mr Kuroda also said that the central bank would launch further monetary easing “without hesitation” should it prove necessary.

However, with overnight interest rates already at minus 0.1 percent, the options open to the Bank of Japan are limited. What seems to be required is an approach which is consistent with other parts of Asia, including South Korea and China.

Rory Green predicts a more or less simultaneous response. “Because the virus is spreading throughout the region, we expect all the Asian countries to take similar initiatives at around the same time,” he told me.
Japan is used to desperate struggles against recession.

Yet this is far from the optimistic messages sent by Prime Minister Shinzo Abe at election time.
He promised a miraculous recovery. Unfortunately, the economy appears to be suffering from a chronic condition, with no immediate prospect of a cure.

One Reply to “Olympics under pressure as Japan prepares for recession”