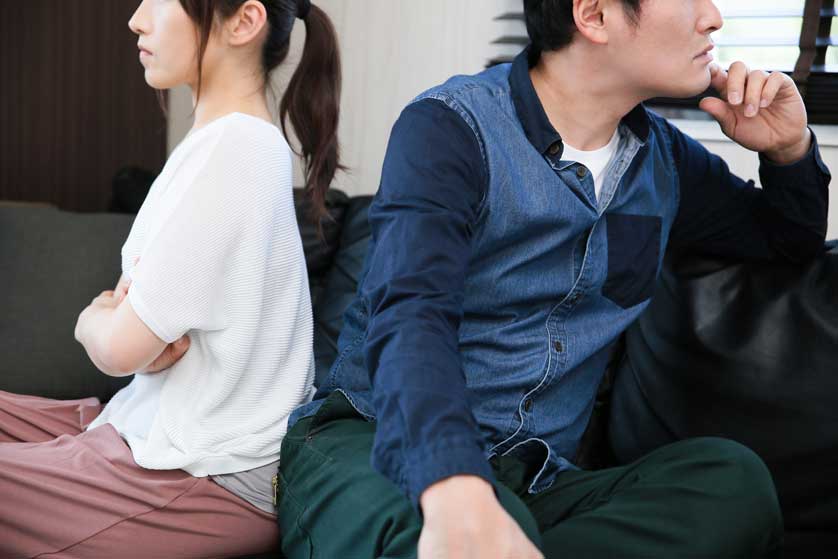 Many people in Japan are worried their marriages will be wrecked by the coronavirus crisis.

A survey by NHK television found that 80% of couples think their relationship will become strained. Respondents who live in small apartments say they are especially stressed at the prospect of being cooped up with their spouses for many weeks.

The ominous phrase “coronavirus divorce” is trending on social media.

Fortunately, in my view, the people of Japan are skilled at finding solutions to complex problems. They have already realised the social pressure caused by the coronavirus outbreak – including the threat of divorce – and are attempting to respond appropriately.

Take for example the popular morning TV show on NHK Asa-Ichi, which means “Morning First.” It’s inviting a relationship counsellor called Harumi Takakusagi on air regularly. She offers tips to couples on how to avoid rows and resentment.

Her main advice is to be mindful that each couple is a team and to try to communicate regularly on a deep level.

Another option, for some, is to plan small escapes from one’s wife or husband. The AFP news agency reports that one company is offering to rent out apartments to people who crave private time at the very reasonable price of 4,400 yen (US $40) a day.

Spokesman Kosuke Amano told AFP that the service also comes with the offer of a free 30-minute divorce consultation with a legal official.

The lockdown in Japan is not as severe as it is in some other countries.

It does not cover the whole nation; the current state of emergency stretches over seven regions. The law does not prevent people from going out, although it does strongly discourage them from doing unnecessary things.

The big pressure on family life stems from the closure of schools and the decision by many companies to instruct staff to work from home, sometimes for the first time in their careers.

Even though they are not in the office, remote workers are constantly watched and guided. In Japan’s team-orientated work culture, people expect very clear instructions to be sent from above. Managers therefore tend to bombard their subordinates with messages, which adds to the stress of working in an unfamiliar environment.

The Financial Times contacted a car parts supplier called Yorozu, which has implemented remote working for staff based at its Yokohama headquarters.

Apparently, the transition has not been a smooth one.

“This is all very new for us and we are struggling with many things including communication,” said chief executive Mr Shido, who still comes into the office every day. “But we have no choice in this emergency situation and it will be a good opportunity for us to adapt.”

Perhaps the best approach for companies is to follow the advice of marriage counsellor Harumi Takakusagi and to prioritise teamwork and encourage deep communication. But those are demanding goals at the best of times, and are even more challenging during a major crisis.