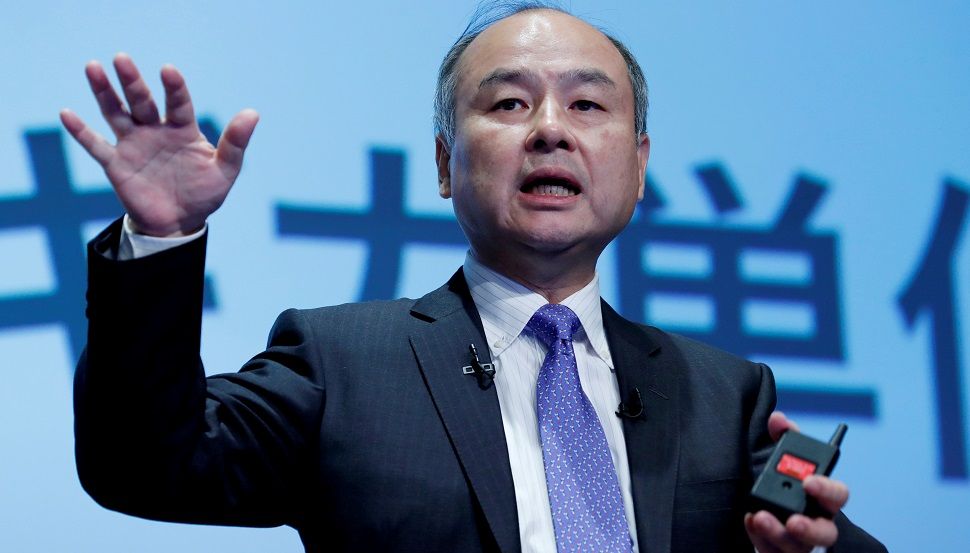 The greatest gambler in venture capital is on a losing streak. Masayoshi Son, the entrepreneur who founded the Japanese conglomerate, SoftBank, has watched several of his big bets on the tech sector land in the zero pocket.

SoftBank’s Vision Fund -– the largest private equity operation in the world – has announced a writedown of $16.7 billion. It is not the first time Mr Son has lost a gamble. When the first Dotcom bubble burst twenty years ago, he saw $70 billion wiped from his net worth, more than anyone else in history.

SoftBank has enjoyed strokes of luck over the years, most notably with the early acquisition of a stake in the Chinese internet company Alibaba, which soared in value. That enabled Mr Son to convince other wealthy organisations to back his experiments, including Apple Inc and the sovereign wealth funds of both Saudi Arabia and Abu Dhabi. The Vision Fund assembled a $100 billion war chest. There was talk of another $100 billion to follow.

SoftBank used the hoard to pump money into start-ups involved in robotics, artificial intelligence (AI) and the biotech industry, as well as firms which promised to enliven mundane businesses with whizzy new technology. It has not proved an easy field in which to pick winners. Some of the hunches seem bizarre, such as a $300 million stake in a dog walking service called Wag! The model, Kendall Jenner, and her dog, Mew, receive free walks for life for promoting the service, but a pet-owner in Florida complained that her terrier was returned dead to her doorstep following a blunder by a walker.

SoftBank also has a stake in Slack Technologies, which connects teams working remotely, and in ByteDance, the Chinese owner of the video app TikTok, through which youngsters share pranks and dance memes. Both firms could thrive during lockdowns, although neither are guaranteed cash cows.

The Vision Fund is also saddled with investments in sectors where business has all but dried up. Its greatest pain stems from WeWork, an office rental company which branded itself as a cool tech start-up and was in trouble over its exuberant valuation before the pandemic, when an IPO was suddenly called off. WeWork’s offices are mostly closed and it is unclear if customers will return. The debacle has damaged SoftBank’s reputation and led to questions about its ability to sustain credible partnerships.

SoftBank’s critics claim it is better at raising capital than investing money. Even as late as last year, it was persuading banks such as Mizuho, JPMorgan Chase and UBS to keep on lending it cash. However, under pressure from activist shareholders, it is now selling assets, including equity in Alibaba. The goal is to raise $41 billion to buy back shares and slash debt.

Still, Masayoshi Son dreams big. He believes the internet of things is the key to human progress. SoftBank’s breezy slogan is: “Information Revolution. Happiness for everyone.” However, these are not happy times and Mr Son once took to Twitter to say that he believes the saddest thing in life is loneliness.

In a time of lockdown and isolation, SoftBank can take comfort that some of its tech investments are bringing people together. But it is hard to imagine that an online meeting or a shared dance meme will completely compensate for painful losses elsewhere.