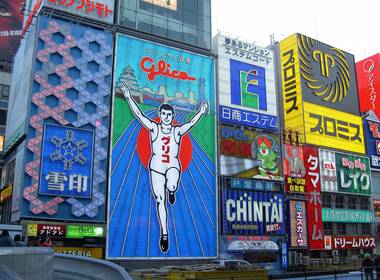 Japan has become the fastest growing tourist destination in the world.  While much of the media praises its success, there are also articles pointing out the problems.

The United Nations World Tourism Organisation estimates that 28.7 million overseas travellers stayed in Japan in 2017, a rise of 334 per cent since 2010. The Daily Telegraph notes that this makes Japan the 12th most visited country on the planet.

These impressive numbers were not achieved by accident. The Japanese government under Prime Minister Shinzo Abe has made tourism a top priority as part of its Abenomics policy to revive the economy.

The influx of Chinese tourists is particularly striking. Last time I walked through Shinsaibashi (心斎橋) in the centre of Osaka, I seemed to hear more people speaking Chinese than Japanese. Most Chinese visitors to Japan say they are charmed by the hospitality of their polite hosts and this is good for relations between the two countries.

In fact, people from most of Asia may now enter Japan without a visa, including visitors from China, South Korea, Thailand, Malaysia, Indonesia, the Philippines and Vietnam.

However, as the media points out, there are challenges associated with the increased tourism. The Telegraph says that some residents of Kyoto complain the city is so overrun they can’t use local buses or get a reservation for their favourite restaurants. The paper says that the city’s refined atmosphere known as miyabi is under threat by kankō kōgai or “tourism pollution.”

When tourists come to Japan, they want to see peaceful tea houses in ancient zen gardens. Instead, they often find swarms of tourists taking pictures of each other outside famous attractions. This can be frustrating both for them and for the local residents. In an effort to address the problem, the Japanese government will, from next year, charge overseas visitors a ¥1,000 exit tax and use the funds to boost tourist infrastructure.

Japan’s approach to tourism has been praised by other countries. The Joong Ang Daily says South Korea can learn from its neighbour’s success. Last year, Japan had double the number of tourists of Korea.

The Joong Ang admires the way the Japanese government has helped regions across the country promote their local histories, products and attractions. It says by not transforming every town and city into a generic metropolis, the government has welcomed overseas tourists to destinations beyond Tokyo.

This is a big contrast to Korea, where 78 percent of foreign visitors only visit Seoul and 20 percent restrict their travels to Jeju Island.

I hope that next time I go to South Korea, I will be able to learn more about the country by heading out into the countryside and visiting small towns. My friends assure me that there is much hidden beauty in South Korea, just as there is in Japan.