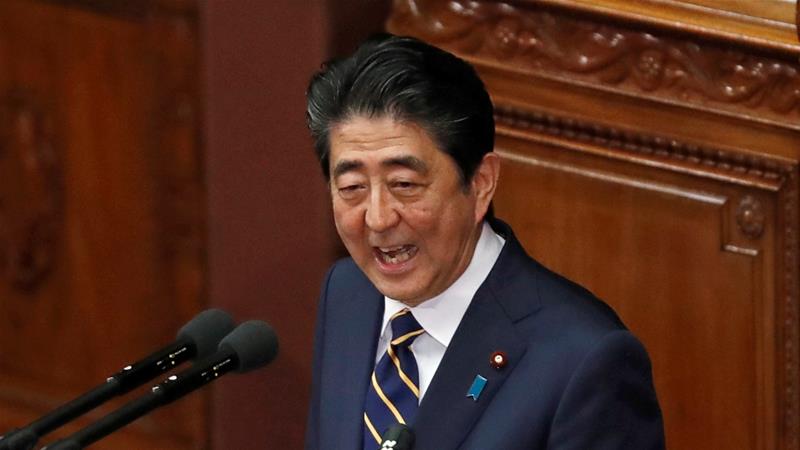 Mr Abe said this week he would like such a meeting but he didn’t set any date for it.

Al Jazeera says that the comments come as Mr Kim prepares for a second summit with US President Donald Trump, which is likely to be held towards the end of next month.

Of course, the aim of the talks is to try to make North Korea give up its nuclear weapons programme but the BBC reported that there appears to have been little progress in that area, despite the Trump Kim summit held in Singapore last year .

It quoted a US intelligence report which says that North Korea plans to hold on to at least some of its nuclear weapons, despite the hopes of the Trump administration.

The report explains that North Korea remains “unlikely to give up” its weapon stockpiles and production abilities while it tries to negotiate “partial denuclearization steps to obtain key US and international concessions”.

Having nuclear weapons is seen as “critical to regime survival”, it reads.
Another complex issue for Japan is its relationship with South Korea.

The countries have shared a bitter history since Japan’s 1910-45 colonisation of the Korean peninsula and its use of forced labourers and abuse of ‘comfort women’ – girls and women forced into sex slavery at military brothels – during the second world war.

The conservatives in Japan feel this issue should be laid to rest but the South Korean government often brings it up at international meetings.

In fact, the South Korean foreign minister even used a speech at Davos to call for another international conference on the matter, which further hinders the prospect of reaching a more normal relationship with Japan.

It also stands in the way of the two countries reaching a solid alliance on the best approach to North Korea.