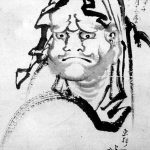 In most countries, people clamour for a pay rise. For example in Germany this week, eighty manufacturing companies have been hit by strikes as unions demand a six percent increase in pay and a cut in people’s working hours.

But in Japan, it seems, there is not such a big demand for more money at the moment and strikes are virtually extinct. For the past few years, most people’s ordinary wage increases have been tiny, or even zero. Recently, many of Japan’s largest companies have started making record profits but there are still only a few organisations offering to share that profit with their workers.

Prime Minister Abe wants to change that. He has repeatedly called on trade unions to press employers to raise wages by at least three percent, saying it will be good for the economy.

Why do they seem reluctant to do so? One possibility is that companies are holding back because they remain cautious about the overall economic situation. Although Japan’s economy is growing, it is not growing at a particularly rapid rate, especially in comparison with the rest of Asia. Deflation caused by falling prices remains a problem. When prices fall, people’s spending power goes up, reducing their need for a pay rise.

Frugal bosses do not appear to be the issue here, either. The powerful Keidanren business federation has said it will encourage companies to meet Mr Abe’s suggestion of a three percent wage increase. However, the Keidanren only represents the big companies. Small businesses, like farms and little shops which serve Japan’s domestic market, may simply not have the funds to raise people’s pay.

Another point is that many people in Japan receive a substantial chunk of their income in the form of a bonus, usually paid in the spring. This can account for as much as a third of annual earnings. A big bonus can make people feel much more rewarded by their employer than a fractional rise in their monthly pay.

The spirit of kaizen

The philosophy of kaizen influences the way many Japanese people feel about their work. Kaizen advocates continuous improvement and encourages companies to pay people fairly for their work. However, in the kaizen mindset, large rewards and incentives do little to promote loyalty and diligence. What people really want is to feel valued, to be heard and to make a contribution. In his book Spirit of Kaizen, author Robert Maurer says that large performance incentives “tend to disrupt intrinsic motivation” and advises against an overwhelming discrepancy in pay between executives and line workers.

Hitachi’s chief executive Toshiaki Higashihara, quoted by Stanley Wright of the Reuters news agency website, said: “I want to debate this and do as much as possible to make sure disposable incomes rise. I approve of raising disposable incomes because in the end this will improve the economy by raising consumption.”

His little phrase “I want to debate this” is important.  Although Mr Higashihara is the CEO of a company which employs tens of thousands of people worldwide, he avoids arbitrary decisions and instead debates remuneration policy with representatives of the company’s staff. Some of them may well take the kaizen view that their level of pay at the end of each month is not the most important aspect of their job.